Independent publisher Assemble Entertainment and Mixtvision announce long-term cooperation in which the publisher will take over the distribution of the theMixtvision titles going forward. The Mixtvision portfolio includes premium and highly acclaimed titles including FAR: Lone Sails, Interrogation: You Will Be Deceived, Minute of Islands, A Juggler’s Tale, and Onde. All Mixtvision games are characterized by their high quality, with titles boasting over 80%—and in some cases, over 90%—positive Steam reviews. 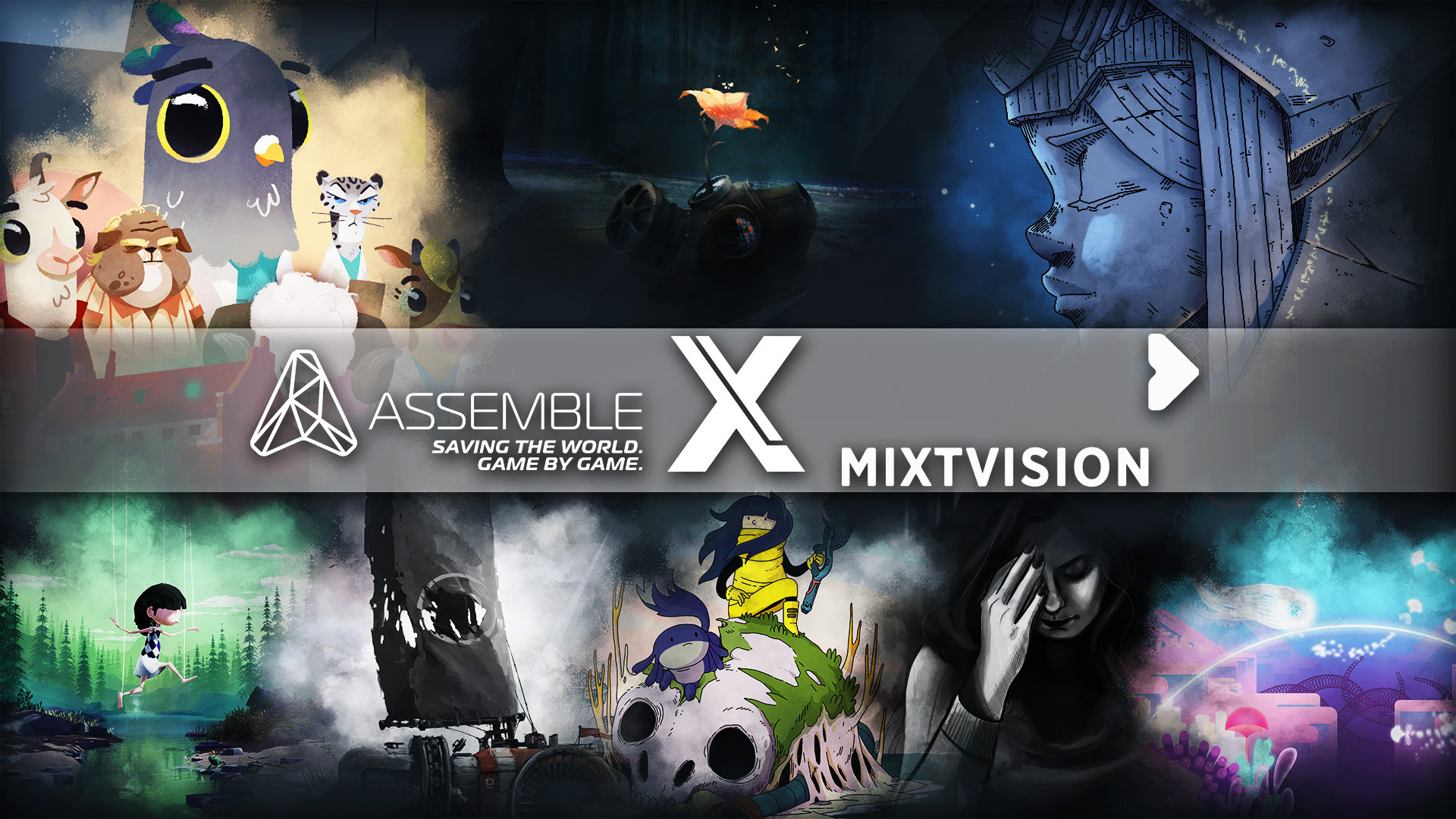 Assemble Entertainment Founder and CEO Stefan Marcinek proudly commented on the publishing cooperation with Mixtvision: “Assemble is just over five years old. Mixtvision entrusting us with their entire portfolio is not only a great honor but also a recognition of our work so far. Every title from Mixtvision is something very special and burns with creativity. We will continue to carry this flame. We are pleased to be able to work with all of these great developer studios and assure them that their titles have fallen into loving hands with us.”Mixtvision Founder and CEO Sebastian Zembol added, “I am very proud of what has been created in our publishing division since its founding. I am especially grateful to Benjamin Feld, who has developed the digital division into a very successful indie games publisher in its own right, with wonderful titles that have rightly won many awards. We are very pleased to have found a great partner in Assemble who shares our philosophy and goal of engaging people with narrative-driven, emotional games.”

Mixtvision, founded in 2005, is an independent creative media company whose core business was children’s and youth book publishing. However, early on, Mixtvision found new mediums as a new form of storytelling. Thus, the company expanded its digital division into an independent, award-winning cross-platform indie video game publisher. With the publishing cooperation in the game’s sector, Mixtvision will realign its children and youth book publishing, which will become an even stronger focus. Mixtvision will continue to think cross-media, digital formats will remain part of Mixtvision’s brand core.

As one of the games division’s most successful published titles, FAR: Lone Sails is an award-winning atmospheric adventure developed by Swiss Studio Okomotive that holds a 94% positive Steam rating with over 10,000 reviews. The other newly acquired titles each hold their own merit, having received dozens of collective awards, nominations, and recognitions across several shows including the German Game Developer Awards, The Game Awards Festival, GDC, PAX West and East, Gamescom, Guerilla Collective, the Unity Awards, and the official Independent Games Festival, to name only a few.

Founded in 2016 and based in Wiesbaden, Germany, Assemble Entertainment is an independent games developer best known for the survival city-builder Endzone – A World Apart, which challenges players to survive and thrive following an environmental apocalypse, and the modernized Leisure Suit Larry series, featuring two new entries in the iconic decades-spanning saga.

Mixtvision Mediengesellschaft is an independent, creative media company founded in 2005. Mixtvision develops and produces information and entertainment formats for all media with the aim of encouraging people to think for themselves and to effect change through storytelling. The core business is the Mixtvision children’s and youth book publishing house. In addition to award-winning books, the company has produced award-winning apps and games, documentaries, and feature films as well as knowledge programs for television and cinema. More at www.mixtvision.de.