Rush Headlong into a Fever-dream of Tech, Punk, and Fury

Do you dream feverish dreams about a nano-infested world where cybernetic misfits are raging against a relentless corporate hell? Now those dreams are within your reach. Free League Publishing and Stockholm Kartell today released the MÖRK BORG cyberpunk spinoff tabletop RPG —  CY_BORG.

CY_BORG RPG is a game about climate collapse, out-of-control consumerism, the commodification of personal data, late-stage capitalism, transhumanism, and senseless violence. A fever-dream of tech, punk, and fury. Of fighting a failed future. A deck-hacking, brick-throwing upheaval of a game. 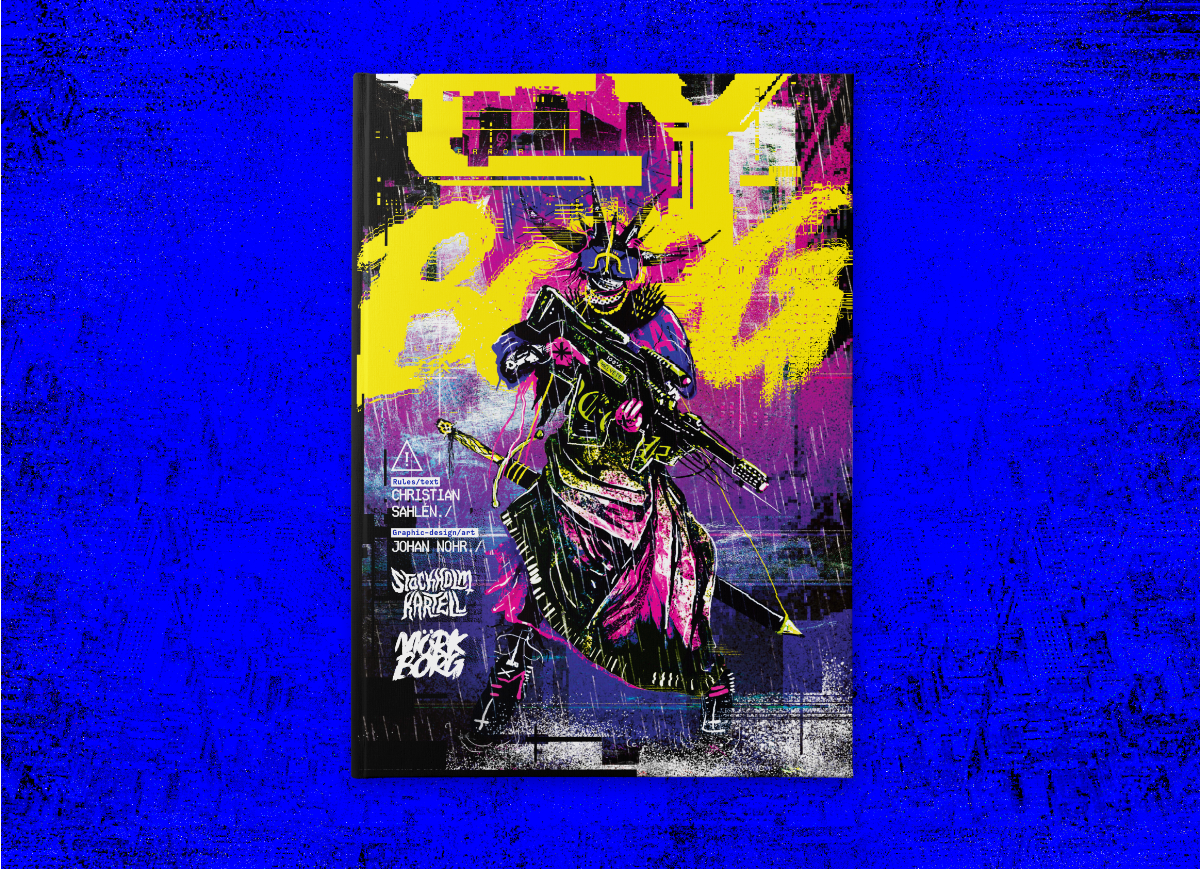 The game casts the players as cybernetic punks and misfits raging against a relentless corporate system, corrupt police forces, and alien/nano-worshipping cults. The setting is the dystopian metropolis Cy, the only city that matters. Besides an introductory scenario, the 160-page core book is packed with tables to generate near-endless play, including missions, NPCs, locations, corporations, and cults.

The game uses an updated version of the original MÖRK BORG rules, keeping the featherlight openness and simplicity while adding elements like autofire, cybertech, and hacking. The six optional classes include the Shunned Nanomancer, the Burned Hacker, and the Renegade Cyberslasher. 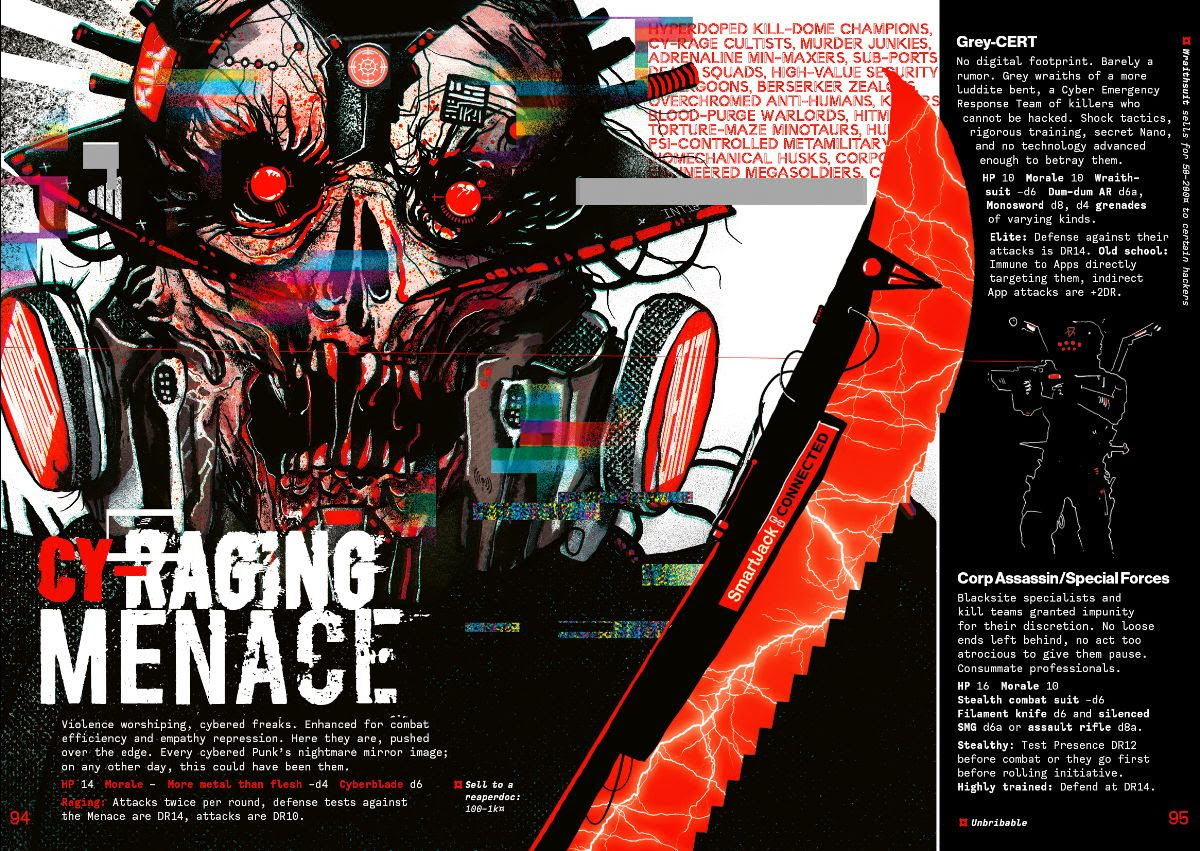 CY_BORG is compatible with multi-award-winning apocalyptic heavy metal RPG—  MÖRK BORG. Rules-light, rage-heavy. Similar in tone and approach to game and book design, but enhanced and augmented. Includes an introductory scenario and ≈60 random tables for your every cyberpunk need. Written by Christian Sahlén, a veteran of the Swedish OSR scene, with art and graphic design by Johan Nohr (MÖRK BORG, Into the Odd Remastered).
Watch CY_BORG RPG  official trailer below:

Similar to the apocalyptic prophecies in MÖRK BORG, a campaign-defining countdown mechanic will dramatically affect and shape the game world regardless of the player’s actions. In CY_BORG, this comes in the shape of Miserable Headlines, catastrophes, and events reported by the corp-owned news feeds with varying regularity until the cataclysmic conclusion seven headlines in. Nothing is ever static. The city is a living—or rather, dying—place. 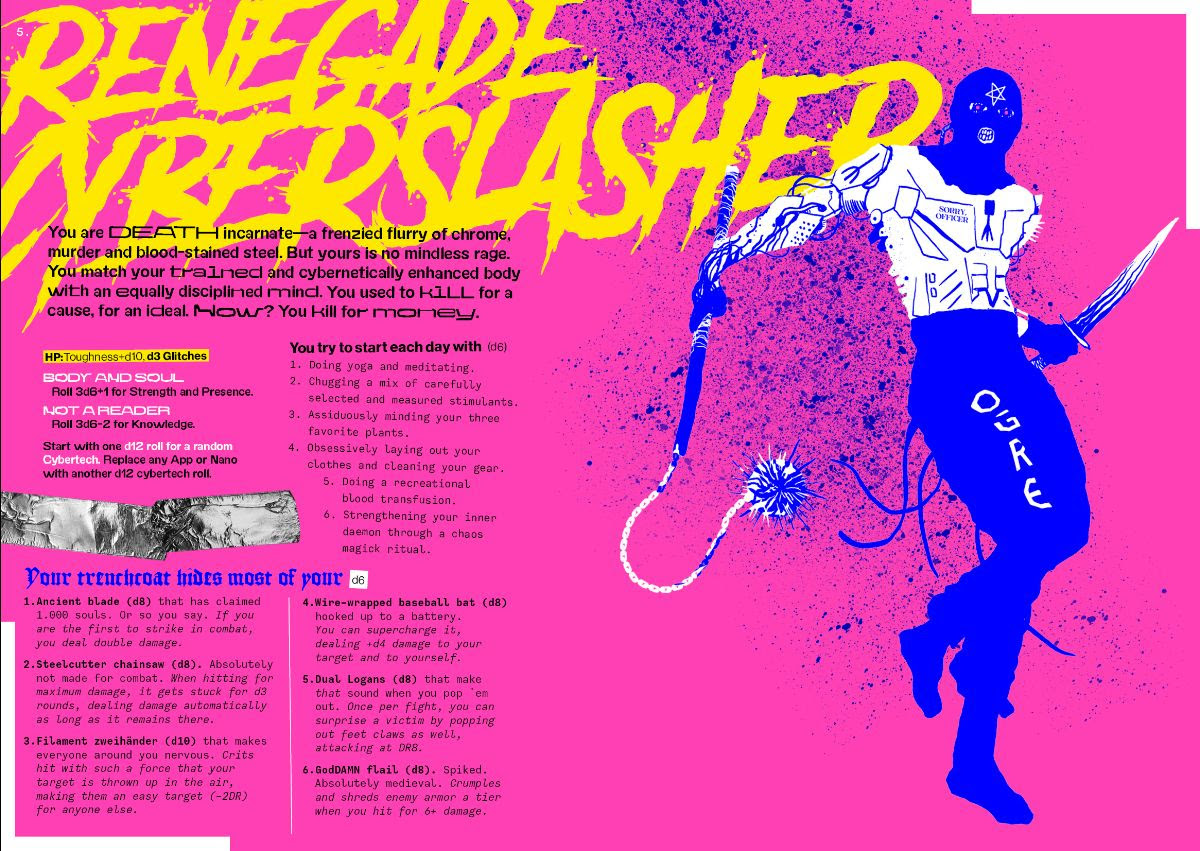 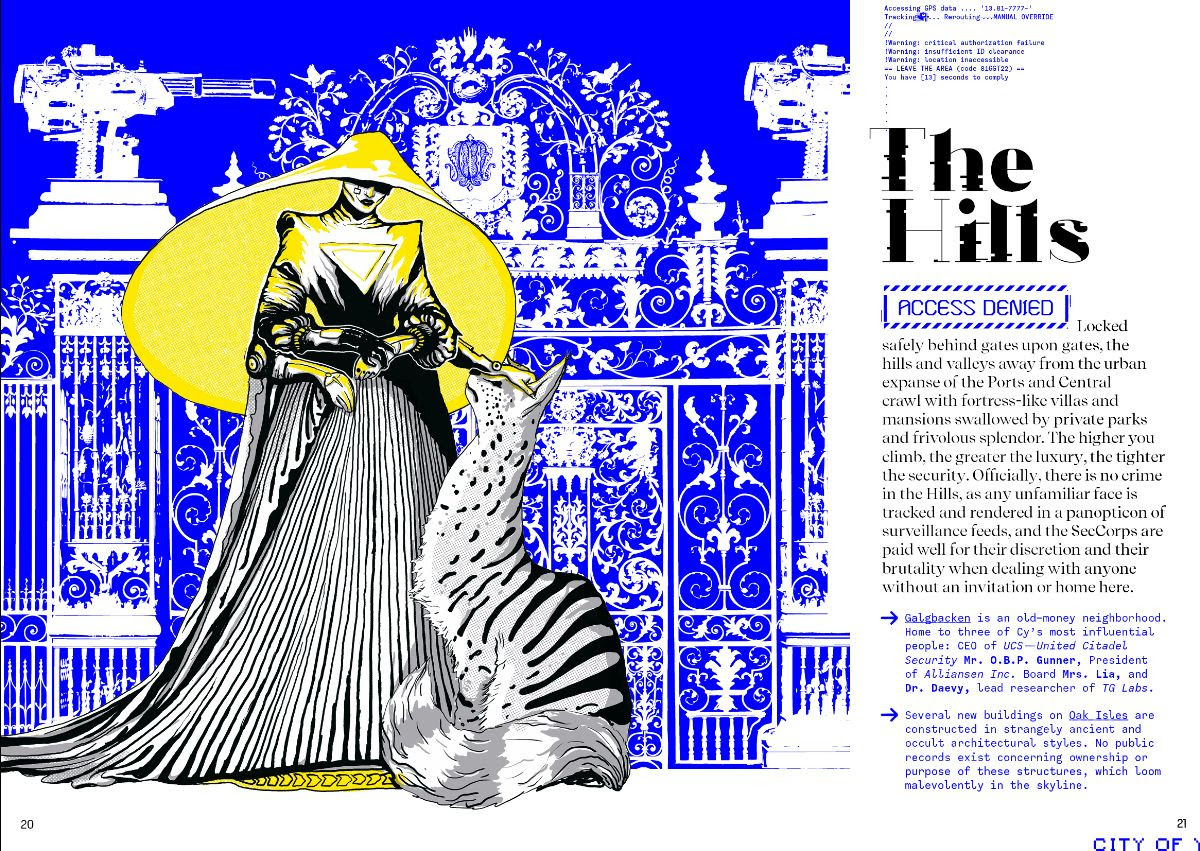 A full press kit for CY_BORG , including logos and artwork, can be found here: https://uberstrategist.link/CY_BORG-Press-Kit.

And, if you’re looking for a great holiday gift for the tabletop RPG fan or boardgamer in your life, be sure to check out some of these titles, available now in retail. And if you’re interested in review copies, let us know and we’ll get back to you. 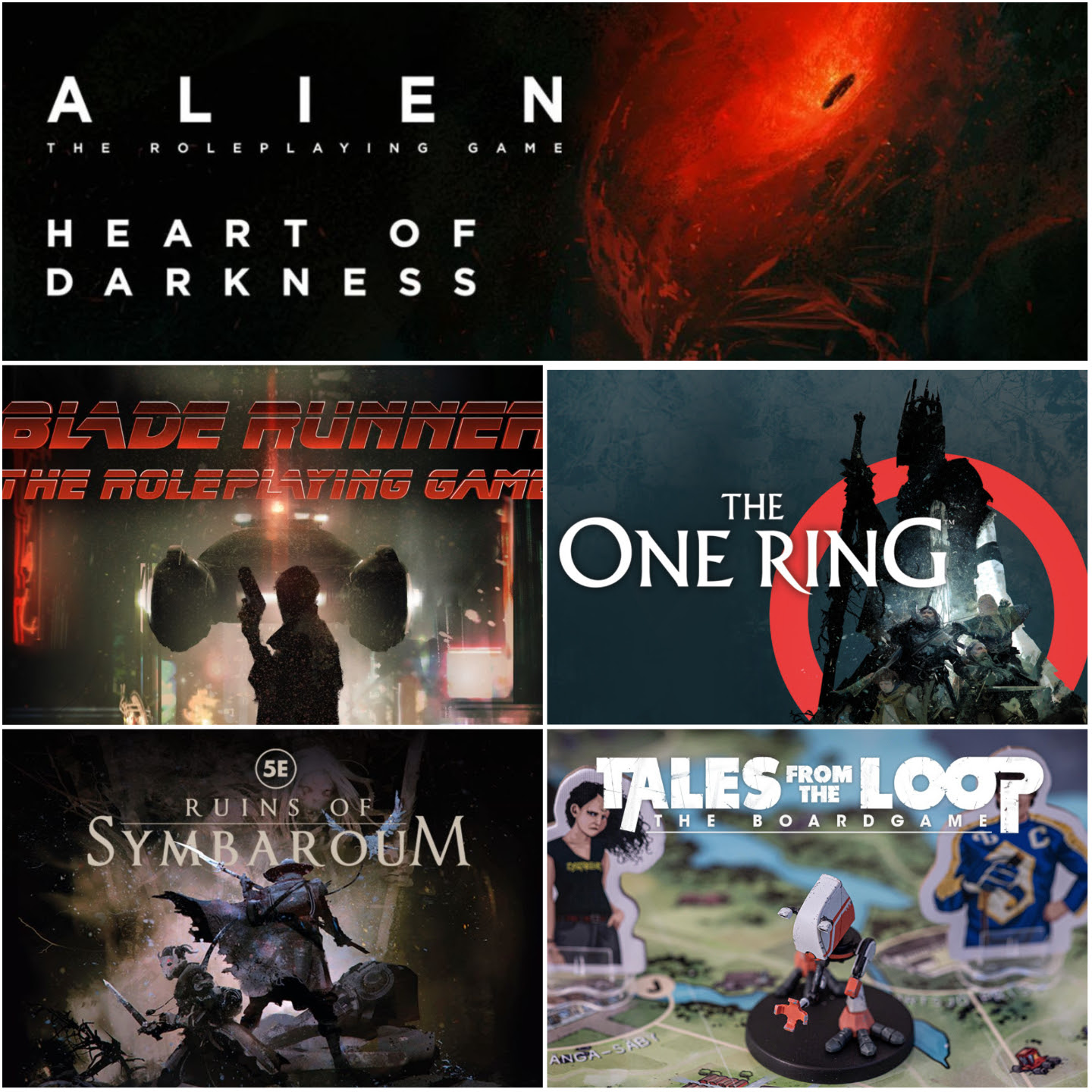 A creative coven of writers, designers and idiots. Stockholm Kartell manifested in 2015 and has been a key player in the Swedish old-school RPG scene as an organizer of events and publisher of game material ever since. In 2020 they entered the international stage when MÖRK BORG RPG swept the Ennies. A rules-light, gritty sci-fi game—Death in Space—was released in 2022, and now the time has come for the MÖRK BORG cyberpunk spin-off game CY_BORG.

Free League Workshop is a sub-label for externally designed games that Free League helps print, publish and distribute. CY_BORG RPG is the forth title on the sub-label. Previously released are the science fiction RPG Death in Space, the weird-fantasy RPG Into the Odd Remastered, and the dark fantasy RPG MÖRK BORG.