GameDriver™ — the leader in test automation solutions in the gaming, AR, and VR industries — announced at Gamescom Asia that the latest beta for their flagship software brings with it support for Unreal Engine 4 and Godot. Expanding the ecosystem of supported game engines and test frameworks in this way enables more developers to experience the positive impact GameDriver has on testing workload, development time, and overall product quality.

The GameDriver team is constantly working on ways to improve their software and offerings in order to deliver the best product for developers and testers. With Unreal Engine 4 and Godot support now in beta access, developers using those engines have access to many of GameDriver’s most impactful features, such as HPath object identification, simultaneous automated test execution across multiple platforms, and simulated input of mouse, keyboard, tap, touch, and VR devices. The GameDriver team is also planning Unreal Engine 5 support in the near future.

“GameDriver support for Unreal Engine 4 and Godot is a crucial step towards making reliable and accessible test automation a standard across the industry,” said Shane Evans, Co-founder, Chief Product Officer, and Evangelist at GameDriver. “The ubiquity of Unreal Engine 4, and the open source nature of Godot made these two development engines the natural choice for expanding GameDriver’s useability.”

You can find complete details about GameDriver’s Unreal Engine 4 and Godot support update on the company’s blog: https://gamedriver.io/blog. 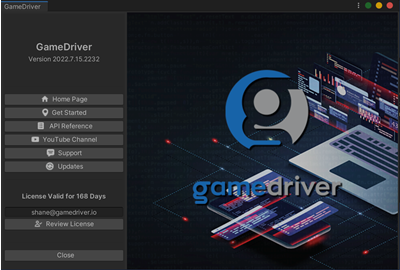 The GameDriver team is attending Gamescom Asia, at the Suntec Singapore Convention & Exhibition Centre until October 23. Co-Founder Shane Evans hosted a session where he demonstrated the many advantages of using GameDriver, discussed how the industry is trending towards more automation and why it’s a necessary step towards improving crunch culture, and shared exciting product updates.

GameDriver is the first tool capable of standardized, reusable, and scalable automated testing in the gaming, AR, and VR industries. It gives time back to testers and development costs back to creators and publishers, resulting in higher quality games and products that are unburdened by bugs and glitches at launch. GameDriver supports a large ecosystem of game engines, test frameworks, and execution platforms, including Unity, Unreal Engine 4, Godot, NUnit, Jenkins, MSTest, BitBar, Oculus, and more.

GameDriver is available in Free Trial, Tester Edition, and Enterprise Edition tiers. The company is proud to offer free licenses for educators and start-ups through their Ambassador program, so that they can support the gaming industry and emphasize the importance of testing.

For more detailed information about GameDriver and to get started, visit https://gamedriver.io.

A full press kit including logos and screenshots can be found here: https://uberstrategist.link/GameDriver-PressKit.

GameDriver was founded in 2018 to introduce standardized, reusable, and scalable automated testing to an industry in desperate need. Video games, VR, AR, and other forms of interactive entertainment rely too heavily on manual quality assurance practices. This can lead to additional labor cost, unideal working situations, and an overall lower quality product. GameDriver mitigates these issues by streamlining the testing process and making the best use of manual testers’ time. https://gamedriver.io