The tabletop publisher is donating all proceeds from their recent Achtung! Cthulhu sale and Star Trek Adventures Humble Bundle

Modiphius Entertainment, a world-class tabletop publisher and creator, is excited to share the results of some of their recent charitable activities. Through a massive sale of their original Achtung! Cthulhu products and a Star Trek Adventures Humble Bundle, Modiphius raised $35,000 for National Park Rescue, a charity devoted to supporting African national parks and the wildlife they protect.

In November of 2021, Modiphius put the last of their stock of older Achtung! Cthulhu products on sale in order to make room for the new, 2D20 version of the game and product line. All proceeds from this sale were donated to National Park Rescue and as part of this, Modiphius matched sales of the final stocks of the books dollar for dollar. In total just over $18,000 was raised which Modiphius topped off to $20,000. 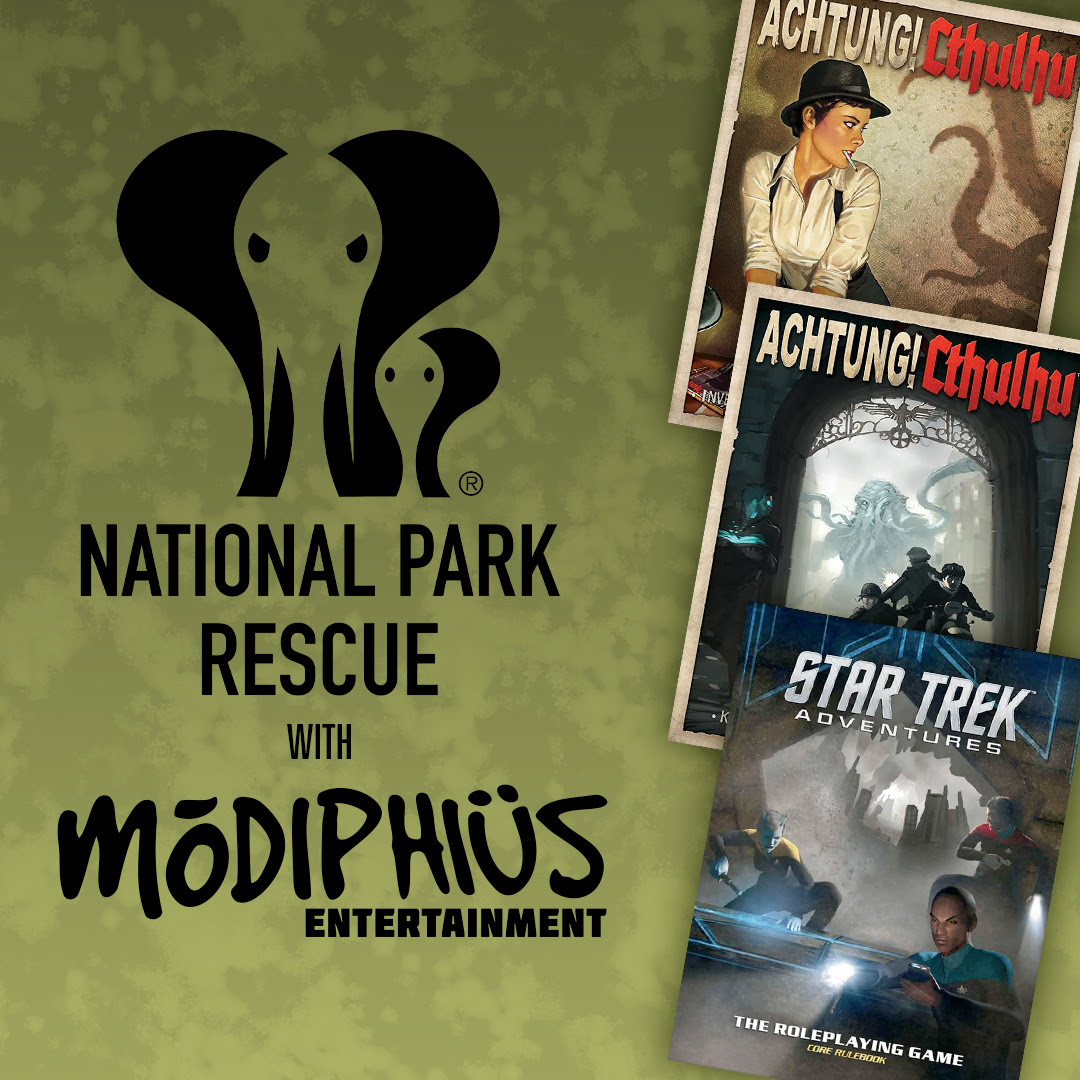 An additional $15,000 was raised through the Star Trek Adventures RPG Humble Bundle that was offered from December 17, 2021, until January 14, 2022.  With the total amount adding up to $35,000, Modiphius and National Park Rescue will be putting the donation towards a range of key projects that will have a major impact on the ground. First off, important repairs to the facilities will bring the vehicle bay and workshop back to working order to better service the fleet of patrol vehicles and ranger equipment. A new park entrance will help bring pride to the people of the surrounding communities, many of whom work in the park providing essential services, and Modiphius is working with the team to identify key needs in the communities for further funds.“National Park Rescue are honored to be working with Modiphius to protect Africa’s wildlife and last wild places from the scourge of poaching,” said Niall McCann, Conservative Director of National Park Rescue. “The gaming community has long been a supporter of charitable endeavors, and we are delighted to be working with Modiphius to address the most pressing global issue we face today: the loss of the planet’s biodiversity. Thanks to Modiphius and their community, we can fund vital repairs to our park infrastructure, ensuring that our rangers can perform their vital life-saving work every day of the year. The poachers never rest, and thanks to Mophidius’ support, nor do we.”

National Park Rescue differentiates themselves from many high-profile conservation organizations by being a direct action organization. The organization designs and implements their own projects, and holds themselves accountable for any results. This includes being responsible for maintaining and repairing all equipment; such as vehicles, GPS units, radios, and equipment used by their Wildlife Authority partners. The structure of their organization, lack of any permanent office, and minimization of any overhead, ensures all donations actually make it to the front line. 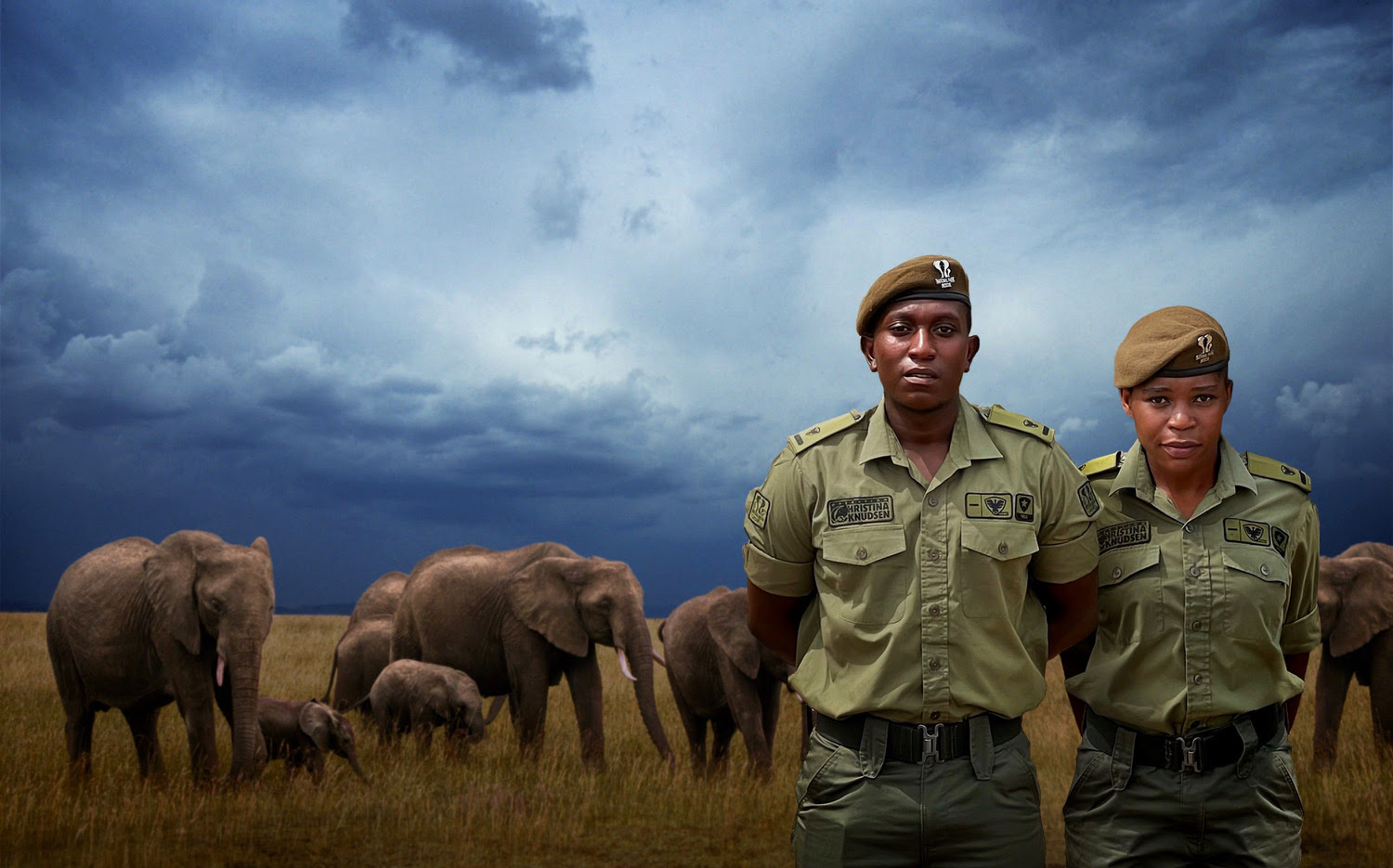 “This project is the first of several new initiatives where Modiphius will be working with people directly on the ground working against very real-world evil. In 2021 we were able to step in to help find funding to replace aging vehicles at Chizarira National Park, without which vital patrols would be limited and heavily armed poachers would return in force. Since then, we have been witness to the success they’re having, rising numbers of elephants at Chizarira, and positive changes in the local communities that show they’re having a dramatic impact. We’re excited to be a partner with National Park Rescue on a new holistic approach to charitable endeavors.”National Park Rescue works with Zimbabwe Parks and Wildlife Management Authority (ZimParks), who own and are responsible for the management of the parks. They are almost exclusively staffed by people that live close to their operations, with more than 75% of staff coming from villages literally bordering the park. More info about National Park Rescue can be found here: http://www.nationalparkrescue.org/.

A full press kit, including logo, screenshots, and key art is available at: https://uberstrategist.link/Modiphius-press-kit.

About Modiphius Entertainment
Modiphius is a British entertainment publisher working with global creative talent to develop unique creative properties. ​We publish roleplaying games, board games, miniatures, novels, cool accessories, and more. Our aim is to inspire those who read, play, or encounter our work with tales of heroism, adventure, and courage.As well as our own IP, Achtung! Cthulhu, Modiphius has also published other major licensed properties from Star Trek Adventures the roleplaying game, Fallout Wasteland Warfare wargame, and Elder Scrolls: Call to Arms miniatures games, the Kung Fu Panda co-operative board game, and the forthcoming Dune: Adventures in the Imperium roleplaying game.

Rather than importing foreign rangers and staff, National Park Rescue believes local people should be empowered to save their own natural heritage. Our operations provide high-quality jobs and commercial opportunities to local people previously disenfranchised by conservation, creating an ecosystem of interdependence between the parks and the communities that surround them.

Initially backed by a group of film stars, including Sir Roger Moore and Sir Michael Palin, National Park Rescue is a lean and agile organization disrupting the traditional charity model. With no permanent offices and minimal overheads, nearly every penny raised makes it to the front line where it is most needed.

National Park Rescue is a UK Registered Charity No 1170025.

Experience a Pirate’s Life in Multiplayer Arcade Brawler Plunder Panic, Out Now With Crossplay Between All Major Consoles and Windows PC/Mac