Explore Ambrosia Island, Restore the Memories of the Greek Gods, and Earn their Friendship to Find a Way Home

Today, Whitethorn Games — publisher of indie titles like APICO, The Forest Cathedral, and Lake — is excited to announce Mythwrecked: Ambrosia Island, coming to PC in 2023. Developed by Polygon Treehouse, the studio behind the double BAFTA nominee narrative adventure Röki, Mythwrecked: Ambrosia Island is a sandbox, “friend ‘em up” adventure game in which players explore a sun-drenched island in order to restore the memories of the Gods of Greek myth, befriend them, and find a way home. 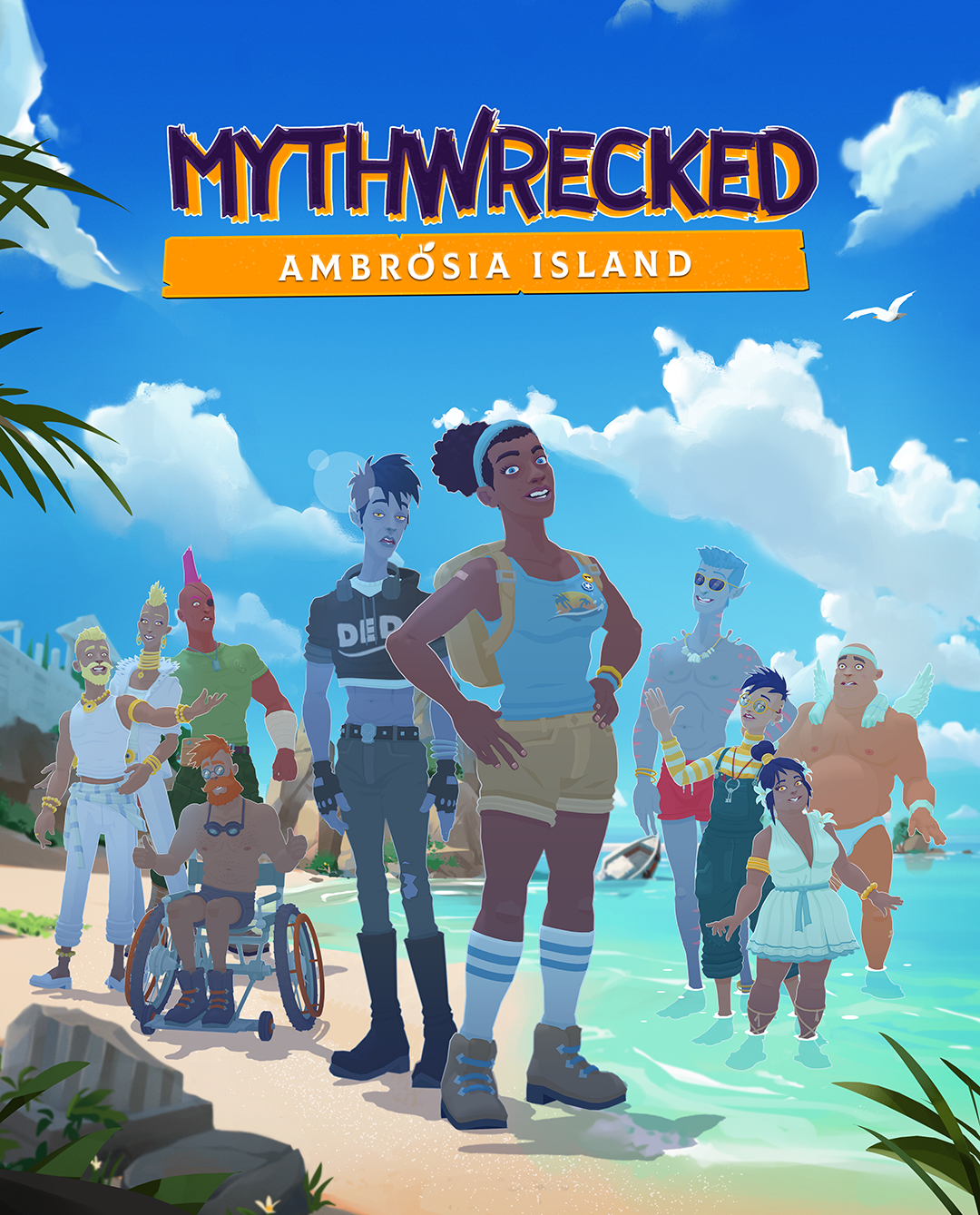 In Mythwrecked: Ambrosia Island, you’ll play as Alex, a rookie backpacker taking a much needed break from her exhausting modern life. When her trip is interrupted by a terrible storm, Alex washes up onto the sunny shores of Ambrosia Island, the long-lost home of the Greek pantheon of Gods. But something is wrong — the Gods are cursed and have forgotten who they are! In order to piece together what happened, Alex must journey across the island, finding and befriending the Gods, and helping them restore their memories.

Yesterday, Wholesome Games premiered the trailer for Mythwrecked: Ambrosia Island. You can catch it here.

“When developing Mythwrecked, we wanted to ensure that it could be played and enjoyed by everyone,” said Alex Kanaris-Sotiriou, Creative Director of Polygon Treehouse and Lead Developer of Mythwrecked. “That mentality, and the game’s combination of non-violent gameplay, accessible controls and universal themes, made our choice to partner with Whitethorn Games a no-brainer.” “Much like the rest of the gaming community, we were really impressed with Polygon Treehouse’s work on Röki,” said Dr. Matthew White, CEO of Whitethorn Games. “We jumped at the chance to work with them on their second game, Mythwrecked: Ambrosia Island, and can’t wait to show more of it in the coming months.”

Mythwrecked: Ambrosia Island is a non-linear narrative game, where players uncover the story by exploration and conversation. Equipped with the trusty and conveniently-named Ambrosidex device, our unlikely hero, Alex, will explore the island in search of its godly inhabitants and their most precious belongings. Performing odd jobs and favors, overcoming puzzles and challenges to restore parts of the island, returning lost mementos, and inquiring about specific objects and locales will help jog the Gods’ memories and deepen their bond with Alex. Completing the right tasks and asking the right questions will trigger flashbacks and reveal the story of the island’s curse. Can Alex restore the gods, lift the curse and find a way home?

Watch the reveal trailer below:

Mythwrecked: Ambrosia Island will launch on PC via Steam in 2023.

A full press kit, including logos and screenshots, can be found here: https://uberstrategist.link/Mythwrecked-Press-Kit.

We’re an indie game publisher focusing on pleasant, cozy games that can be played in pieces, that require no special skills or knowledge, and that anyone can pick up and play. We’re believers in accessibility, inclusion, and widening the audience that gets to play. We like to consider ourselves the defenders of easy games. While our games might challenge you, they’ll respect your time, they’ll make sure you can play, and most importantly, they’ll never punish you. Learn more at https://whitethorngames.com/.

Based Led from Dundee, United Kingdom, with a far-flung team of collaborators, Polygon Treehouse is a new(ish) indie games studio founded by two ex-PlayStation/Guerrilla Games Art Directors. The studio’s mission is to create art-led narrative games with unique characters that pack an emotional punch. Learn more at https://www.polygon-treehouse.com.

OGame, including the recent Lifeforms Expansion, is now available on iOS and Android devices