Point, Click, and Lick Your Way Through a Tangled Ball of Yarn to Solve a Mystery Set in the Big Kitty City of Meow Meow Furrington

Independent developer Silvernode Games is purring with delight, as they are announcing that their comedy-noir “point-and-lick” adventure game, Nine Noir Lives, will claw its way onto PC via Steam and GOG on September 7, 2022. Cat lovers and adventure game aficionados alike are invited to pounce into the furry, delicate, yet capable paws of Cuddles Nutterbutter and unravel a fun — and occasionally fiendish — feline mystery set in the beautifully hand-drawn city of Meow Meow Furrington. In Nine Noir Lives, players will take on the role of Cuddles Nutterbutter, a feline private investigator with a taste for solving crime… literally. Cuddles will poke, talk, and lick his way through his toughest investigation yet: a murder case that threatens to upset the tenuous relationship between the paw-erful Montameeuw and Catulet crime families. Along the way, players will interact with dozens of fully-voiced characters, beautifully hand-drawn scenes, and devious puzzles to answer the most important question of all: how many things need to be licked to solve a murder in this town?

Fueled by a lifelong passion for point-and-click adventure games, the two person team at Silvernode Games has been hard at work creating a love letter to the most beloved games in the genre like Grim Fandango and Broken Sword. Nine Noir Lives builds on everything that came before it, adapting elements from other classic adventure games to create an experience that is simultaneously familiar and fresh.

“Nine Noir Lives is a passion project we’ve been self-funding for several years now,” said William Kruger, Founder of Silvernode Games. “We set out to make the sort of game that we always wanted to get lost in. It’s been a real labor of love, and we can’t wait for players to step into our cat-filled world when the game launches in September.” 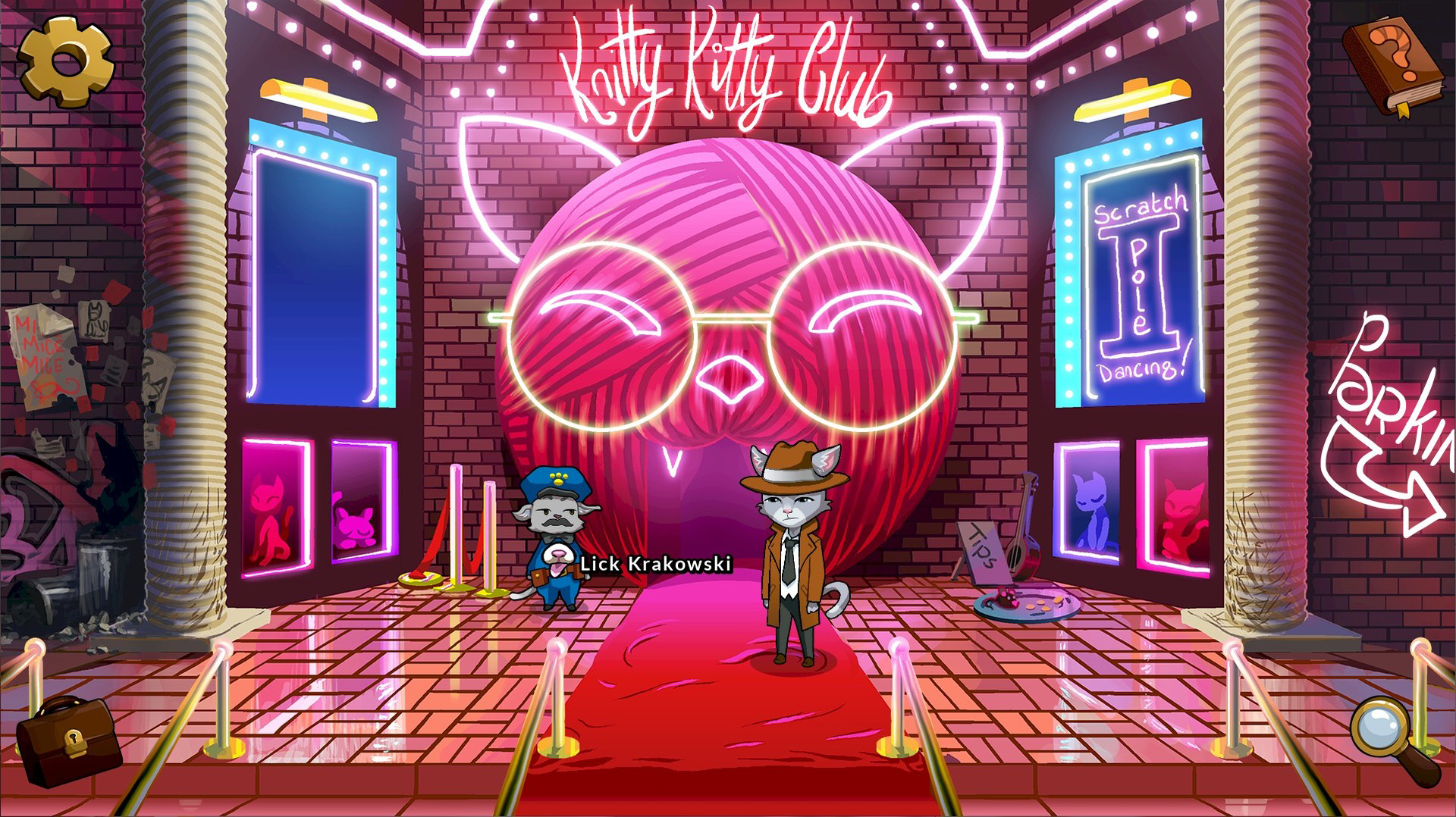 For a taste of what to expect from Nine Noir Lives, watch the latest trailer that introduces the struggle between the two most powerful families in Meow Meow Furrington.

Watch the trailer below:

Nine Noir Lives will launch for PC and Mac via Steam and GOG on September 7, 2022. A demo is available now on Steam and GOG.

A full press kit, including logos and screenshots, can be found here: https://uberstrategist.link/Nine-Noir-Lives-Press-Kit.

Based in Pretoria, South Africa, Silvernode Games is a small indie development studio consisting of one full time developer supported by several freelancers. Nine Noir Lives is their first major project and is entirely self-funded. They believe in delivering high quality, entertaining and memorable experiences with our games. In short, they make games that they would want to play!