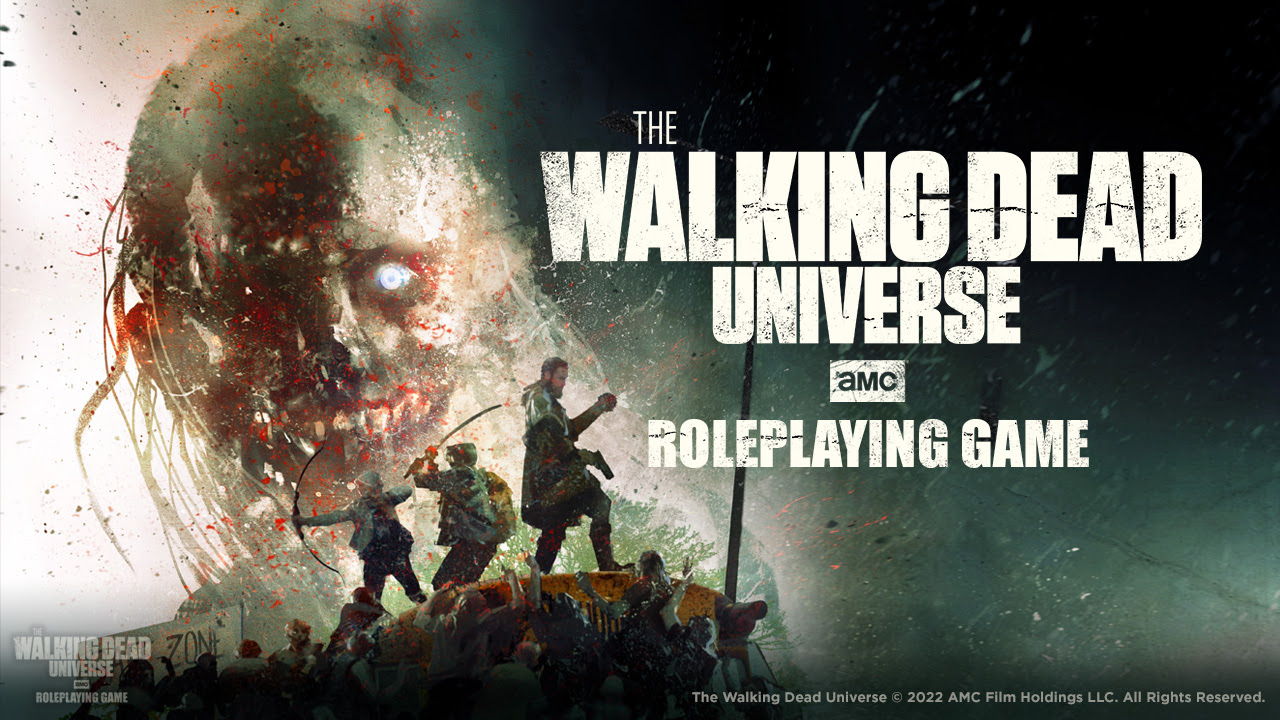 A co-production between AMC Networks and the award-winning tabletop publisher, which is working closely with key forces behind the franchise, including Chief Content Officer of The Walking Dead Universe, Scott M. Gimple and Head of AMC Networks Publishing Mike Zagari, the ongoing RPG series will introduce new story elements while drawing inspiration from the current series and upcoming spin-offs.“The Walking Dead has always been about characters – and audiences, by extension – facing impossible life and death choices,” says Gimple. “Now, fans can face these choices head on, putting themselves in the world of the Walking Dead – at any time in the timeline, encountering familiar faces and places and brand-new ones and, within our apocalypse, making the biggest choice: Who are you going to be? We’ve seen a lot of stories in the Walking Dead Universe, now it’s time to see yours.” 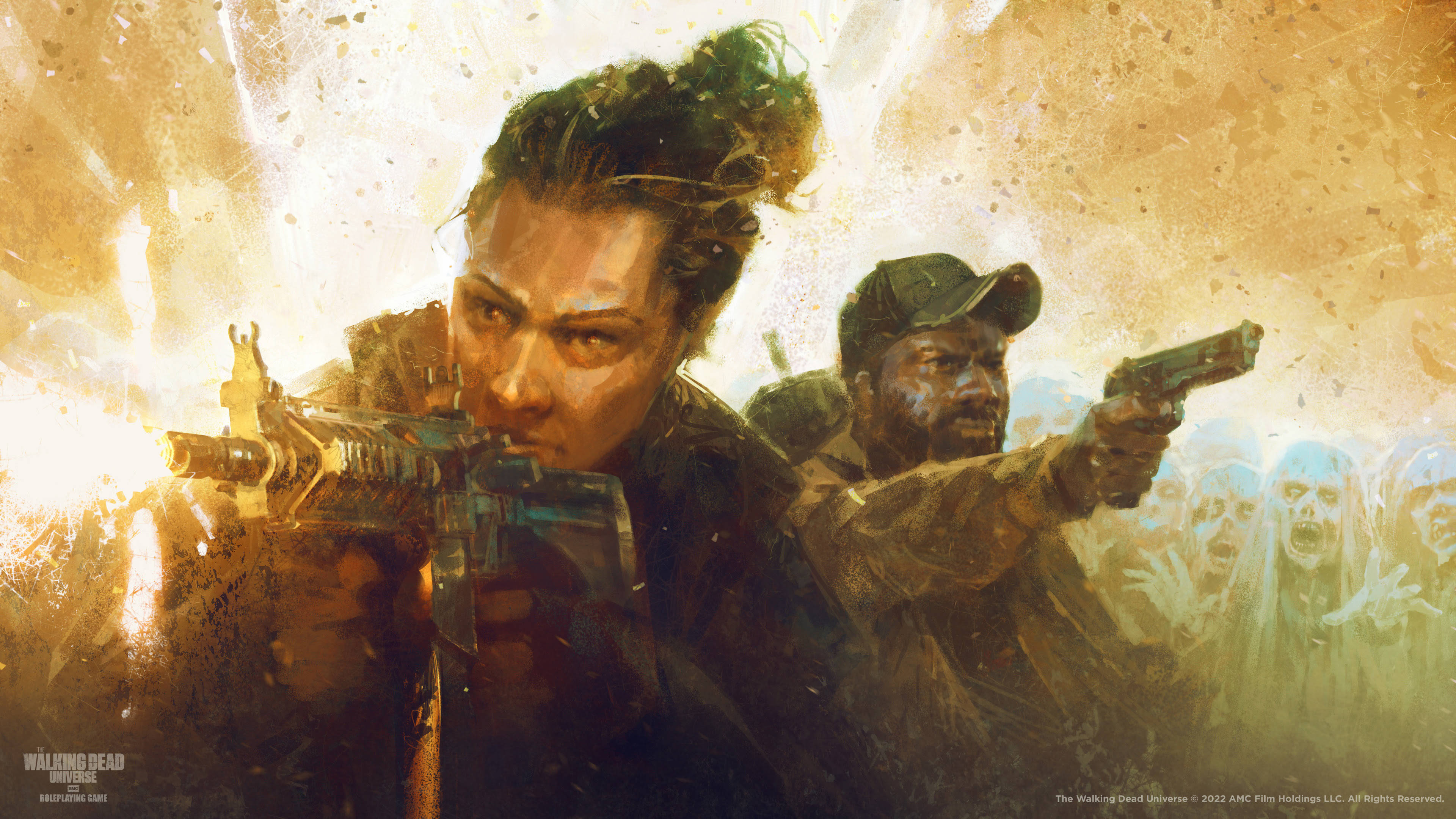 To immerse fans in this new extension of The Walking Dead Universe, AMC Networks, Free League, and Genuine Entertainment will also produce a limited Liveplay series, where real players will roll the dice at the game table and play an actual TWDU RPG campaign filmed in real-time. Featuring original events pulled from the series’ writers’ room, the Liveplay series will follow new characters who intersect with core story elements and cross paths with a familiar face or two. Kevin Dreyfuss, SVP of AMC Networks’ Digital Content & Gaming Studio, and Genuine Entertainment’s Joe LeFavi will serve as executive producers on the limited Liveplay series.
Watch The Walking Dead Universe Roleplaying Game official trailer below:
In TWDU RPG, players are challenged to enter the unforgiving, post-apocalyptic sandbox and learn how to survive and thrive in this new world order. “You can spend days just scavenging ruins and testing survival skills. Or blur it all into the background to focus upon the compelling human drama,” says Härenstam. Fans of survival games may indeed lose themselves in fortifying strongholds alone. “The place you call home should become a rich, three-dimensional character with its own origins, attributes, and memories,” says Hintze. Pushing the boundaries of the survival genre, each group can tailor their RPG experience to suit their own interests and play style. “Each session should feel like you’re writing, directing, and starring in your own TWD episode,” says AMC’s Zagari. “Where it goes is up to you.”
No matter what, expect the stress and stakes to be high. Boasting a new spin on Free League’s award-winning Year Zero engine, players must not only hone their physical skills, but deeply explore what makes them tick – confronting how the hardships of this world naturally impact what they’re capable of, in the best and worst of times. “Just like the show, this game is not about killing walkers,” asserts LeFavi. “It’s not about losing health points and fighting to stay alive. It’s about losing your humanity and fighting to find and protect what’s worth living, killing, and dying for.” 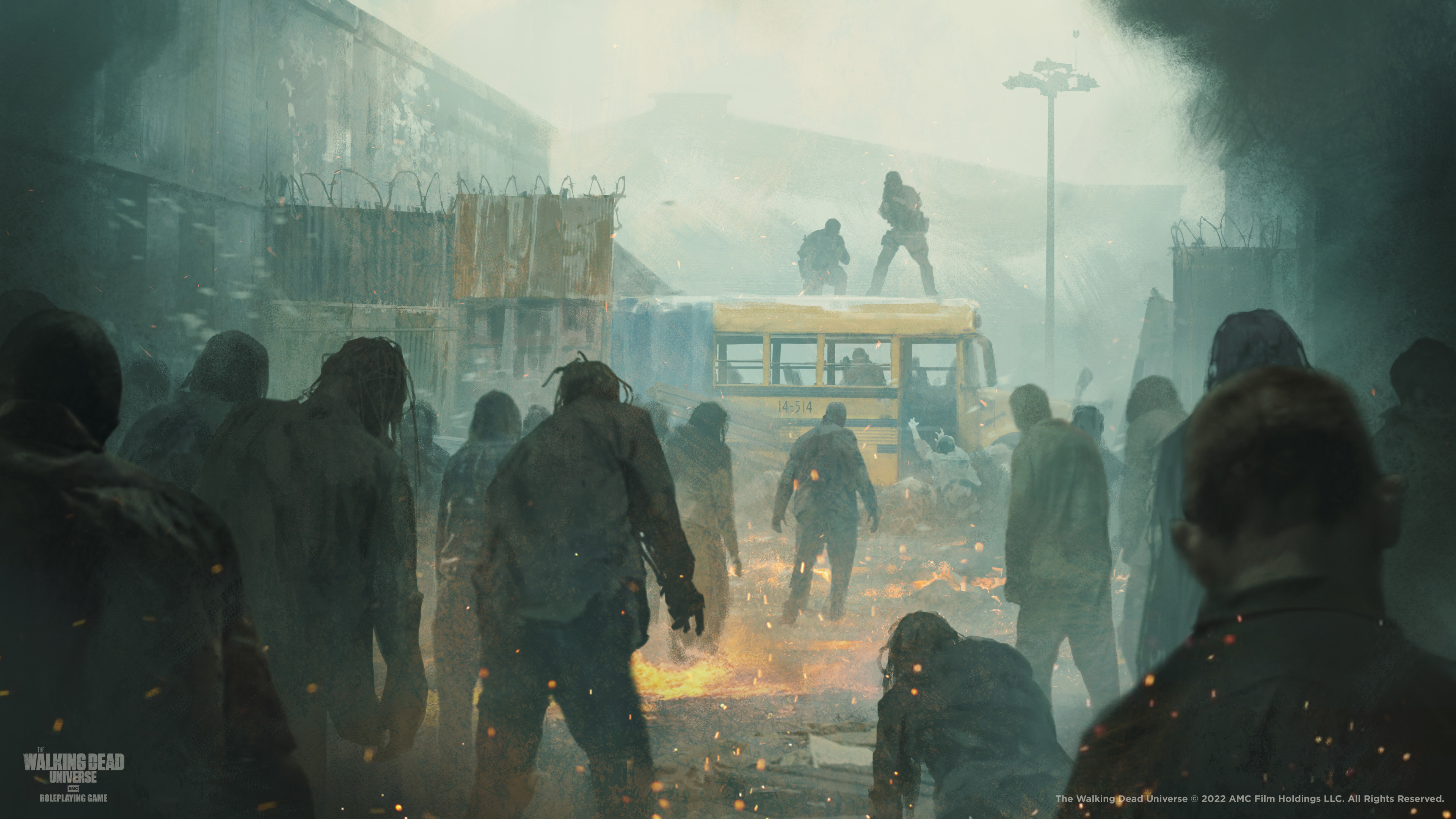 For more news and previews, visit thewalkingdead-rpg.com. Then follow Free League Publishing on Twitter and Facebook, where fans can discover art and gameplay development ahead of the game’s release.A full press kit for The Walking Dead Universe Roleplaying Game, including logos and artwork, can be found here: https://uberstrategist.link/The-Walking-Dead-Presskit

AMC Networks (Nasdaq: AMCX) is a global entertainment company known for its popular and critically acclaimed content. Its brands include targeted streaming services AMC+, Acorn TV, Shudder, Sundance Now, ALLBLK and the anime-focused HIDIVE streaming service, in addition to AMC, BBC AMERICA (operated through a joint venture with BBC Studios), IFC, SundanceTV, WE tv, IFC Films and RLJE Films. AMC Studios, the Company’s in-house studio, production and distribution operation, is behind some of the biggest titles and brands known to a global audience, including The Walking Dead, the Anne Rice catalog and the Agatha Christie library.  The Company also operates AMC Networks International, its international programming business, and 25/7 Media, its production services business.

Free League Publishing is an award-winning game studio and publisher dedicated to speculative fiction, based in Stockholm, Sweden. Founded in 2011, the studio has published a wide range of tabletop games and acclaimed art books set in strange and wondrous worlds. Free League’s game portfolio includes the new edition of The One Ring™ RPG, the official ALIEN RPG (2020 Gold ENNIE for Best Game), the Gothic horror game Vaesen – Nordic Horror Roleplaying (winner of three 2021 ENNIE Awards), the pitch-black fantasy RPG MÖRK BORG (winner of four 2020 ENNIE Awards), the alternate ‘80s Tales From the Loop RPG (winner of five 2017 ENNIE Awards, including Best Game), the retro-fantasy game Forbidden Lands (winner of four 2019 ENNIE Awards), the postapocalyptic Mutant: Year Zero (2015 Silver ENNIE for Best Rules), the science fiction game Coriolis – The Third Horizon (2017 Judge’s Spotlight Award), the new edition of RPG classic Twilight: 2000, and the upcoming neon noir Blade Runner RPG. Free League has also published the art books Tales from the Loop, Things from the Flood, The Electric State, and The Labyrinth by internationally acclaimed visual artist Simon Stålenhag, as well as the illustrated edition of the Lovecraft classics At the Mountains of Madness and The Call of Cthulhu by the praised artist François Baranger.