Gameforge — games publisher and developer of popular titles such as AION, NosTale, Metin2,Trigon: Space Story, and Swords of Legends Online — is pleased to announce that their long-running space strategy MMO, OGame, is receiving its biggest update of the year. The massive expansion, Lifeforms, will bring alien species into the world of OGame, and open up countless new strategies for players to explore with buildings, technology, and actions specific to each one.

Additionally, Gameforge announced today that the full OGame experience is coming to mobile platforms, including the upcoming Lifeforms update. Arriving later this year, players will be able to explore and conquer the galaxy from their Android or iOS devices. Those who wish to participate in the beta testing at the end of May 2022 can find out more via the community post found here: https://gameforge.com/en-US/play/ogame/news/ad2d4140-b2f3-41d6-8f66-6faa8bdc8f9d.

“OGame is celebrating a staggering 20 years since release this October, and what better way to mark the occasion than with brand-new content and a whole new platform for players to enjoy it on?” said Hannes Anders, Chief Technology Officer. “Internally, there’s a lot of excitement about this anniversary, as OGame is Gameforge’s first game developed in-house. I’m especially proud to have been directly involved in the development process of both OGame for mobile and the new Lifeforms update, and look forward to sharing the game with all the fans of space and exploration. As a team, we are dedicated to providing quality content and updates for the millions of fans of this game, and all of our other established legacy titles, and thrilled to be able to share these two big updates this year.” 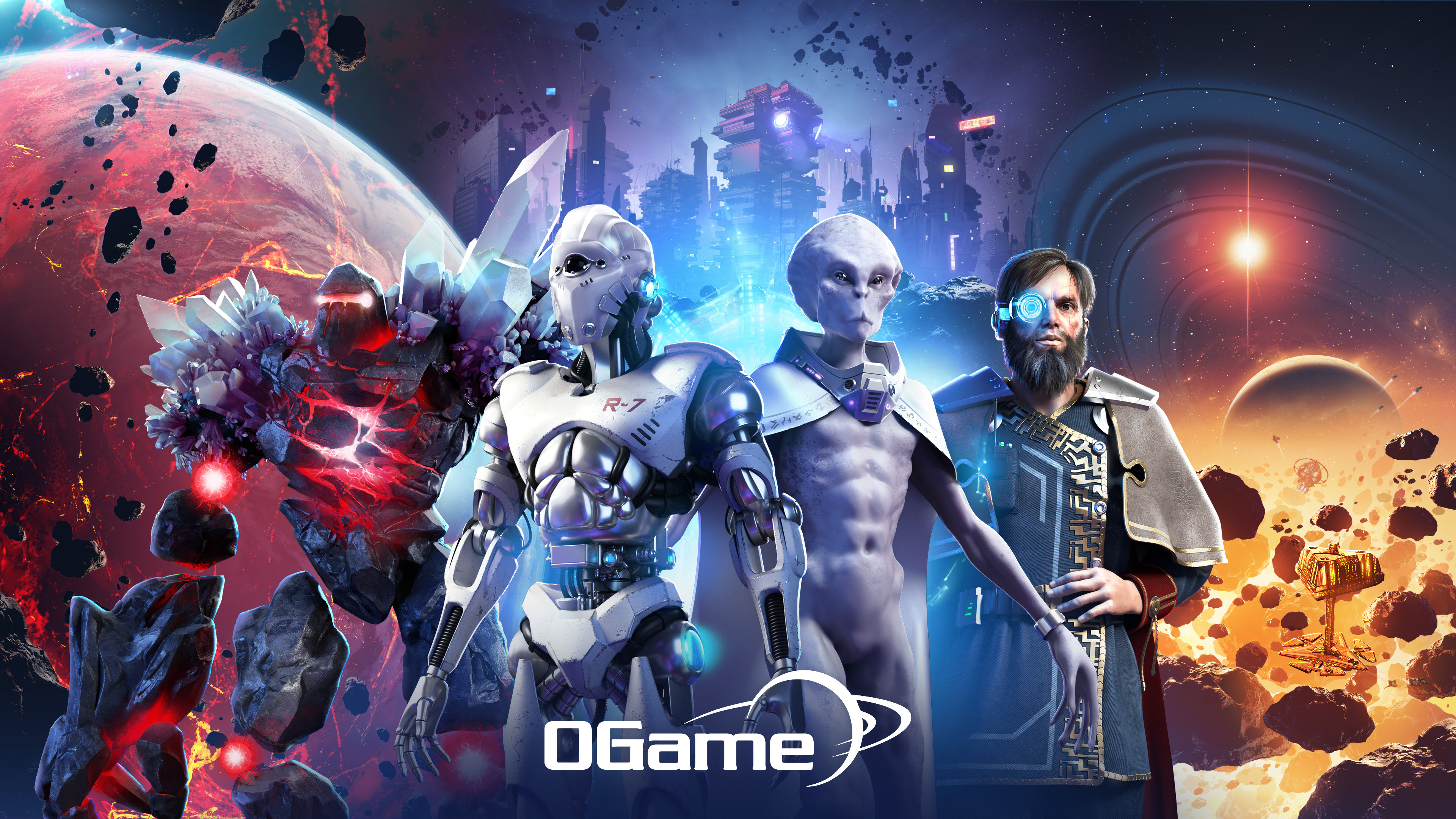 Lifeforms UpdateRediscover OGame with the game-changing Lifeforms update, the first major content expansion in nearly ten years! Designed as a natural extension to the main game that boosts the core experience, Lifeforms will introduce four species—Humans, Rock’tal, Mechas, and Kaelesh—to the OGame universe, each with their own unique buildings and technologies that players can discover and explore. Players will populate planets with lifeforms, build structures, manage food production, and research new technologies to discover other alien species and expand their reach across the stars. Building a diverse civilization and combining the abilities of multiple lifeforms will give players access to countless new strategies and help them on their path to conquering the vast reaches of space!Whether they choose to accelerate as a powerful miner and enhance their mining and production options, become a power-hungry emperor with a destructive, unrivaled fleet, or explore the vast regions of the galaxy for resources and allies, experienced players and newcomers alike are guaranteed to find a strategy that fits their preferred style.
Watch the new trailer here:

With the Lifeforms update, players will be able to discover four new, unique lifeforms throughout the universe: 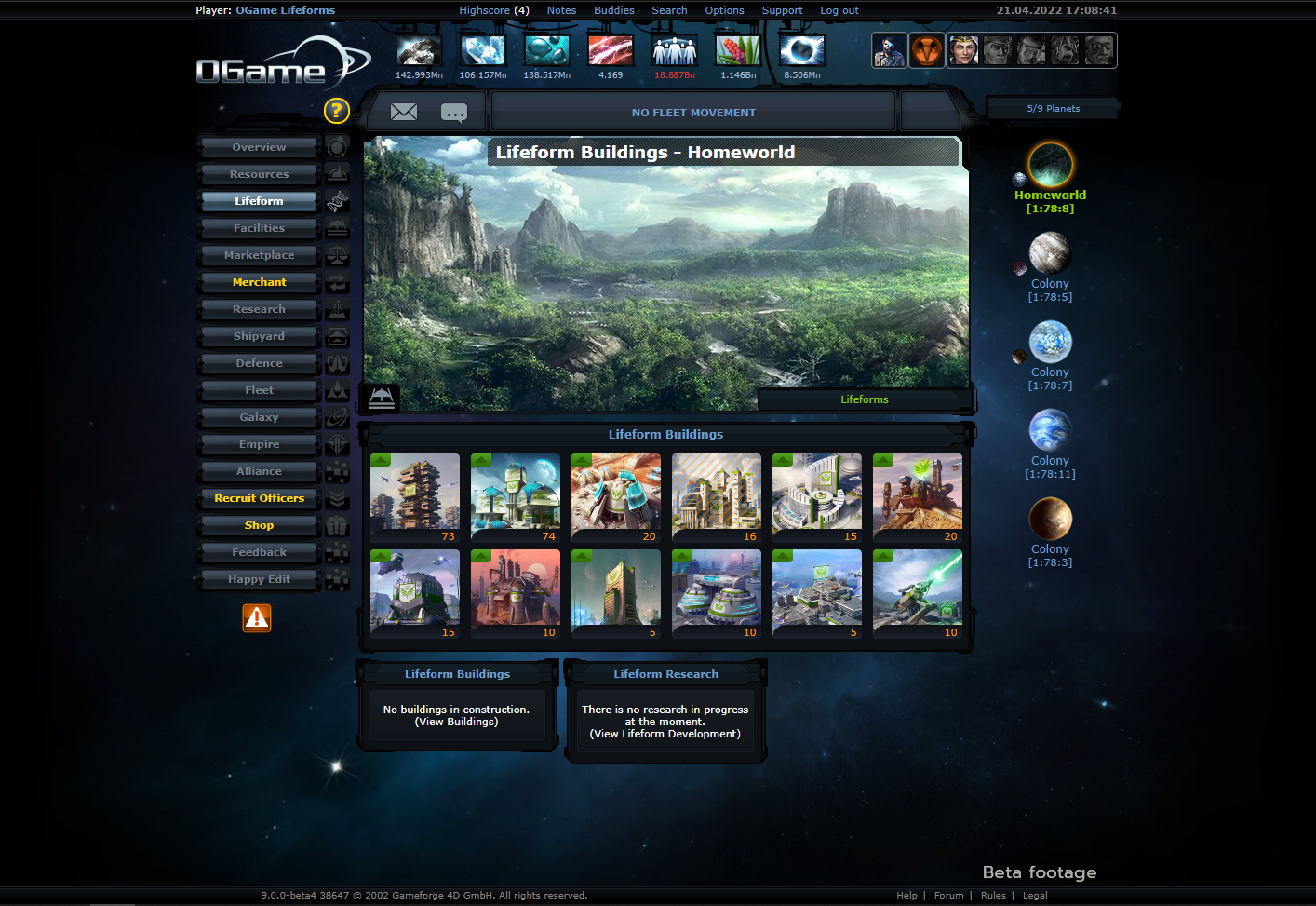 Other additions in the Lifeforms update include:

The Lifeforms update will be coming to OGame on PC in the next few weeks and will be available on iOS and Android when the game releases on mobile later this year. More information on the Lifeforms update can be found here: https://gameforge.com/en-US/play/ogame/news/8b9540e9-ab32-448a-863b-4ef41c71d125.

Created by Gameforge CEO Alexander Rösner and originally released on October 3rd, 2002, OGame is one of the space-themed MMO genre’s longest-running games that, to date, has over 100 million registered players worldwide. Everything starts with the foundation of a small colony on an uninhabited planet. Harnessing the resources of this new home, players research new technologies and construct a powerful fleet to carry their authority out into the stars. Players can expand their galactic empires by colonizing planets, forging tactical alliances, or by taking on other players. Launch unprecedented expeditions of conquest, subjugate galaxy after galaxy, on a quest to become the most powerful ruler in the universe!