For the Fall and Winter 2022 (FW22) collection, explorer footwear brand PALLADIUM teams up with video game studio Bungie for the fourth time to continue its unique partnership for those who dare to explore the unknown.

Following the launch of Bungie’s latest expansion, Destiny 2: The Witch Queen, PALLADIUM celebrates the game’s biggest update to date with two special-edition footwear styles, inspired by the game and its heroes, launching on the 13th of September.

This season, Bungie and PALLADIUM have partnered on the creation of an iconic Pallashock silhouette.

Inspired by the characters from the game, the Pallashock Witch Queen has been designed with a heavy cotton canvas upper, mixed with nylon and leather details and blue webbing details—bringing defining elements of The Witch Queen universe to life.

With one unique khaki colourway exclusive for Destiny 2: The Witch Queen players to pre-order through the Bungie Rewards program, and two further colourways in beige and black available for all, the Pallashock Witch Queen is the true hero of this collaboration.

Recalling the updated graphic elements of the game, Bungie and PALLADIUM introduce a brand-new iteration of PALLADIUM’s iconic Pampa boot.

Designed in a heavy cotton canvas upper and reinforced with leather touches, the revived Pampa Witch Queen is a casual, sneaker-inspired high-top boot designed with distinctive blue webbing details seen throughout the collection.

In a world where the line between digital and reality becomes ever blurred, PALLADIUM and Bungie take a bold step forward with the FW22 collaboration. Designed to deliver the ultimate exploration through the Destiny 2: The Witch Queen universe and beyond.

All styles will be available to purchase from www.palladiumboots.com and selected retailers, as part of the FW22 collection in September 2022.

Over 75 years of crafting style-savvy utility-inspired footwear has taught French heritage brand Palladium a thing or two about building gear that lasts, and helped the brand earn its stripes in creating a uniform of the people.

From its roots developing footwear for the French Foreign Legion in the 1940s, through its evolution supplying trek- ready options for the Great Outdoors, the road upon which Palladium has travelled has connected the brand with a dizzying diversity of people, places, and cultures. In doing so, the decades traversed have instilled Palladium with an inherent respect for freedom, progress, and discovery.

Palladium’s eco-conscious credentials inch ever closer to its 2025 goal of becoming 100% sustainable. In supporting its ethical targets, each season the brand donates thousands of boots to global charities. And, if the journey has equipped us with anything, it is a belief that life has so much to offer if you #daretodiscover.

Bungie is a video game studio based in Bellevue, Washington, dedicated to creating hopeful worlds that inspire passionate player communities and lifelong friendships. For more than three decades, Bungie has worked towards that vision, creating some of the world’s most celebrated video game franchises, including Marathon, Myth, Halo, and Destiny. Bungie is focused on developing the future of the Destiny universe and new worlds to come.

Destiny 2 is one of the world’s most popular first-person shooter video games and action MMOs. Developed and published by Bungie—the iconic studio behind the Halo franchise and classic titles Myth, Oni, and Marathon—Destiny 2 tasks players with defending humanity and exploring the mysteries of the solar system. Players embody Guardians, who wield powerful elemental abilities. Players can select from multiple classes, upgrade and swap elemental subclasses, as well as outfit themselves with a variety of customizable weapons and gear to suit their aesthetic and playstyle.

Since its launch in 2017, Destiny 2 has received yearly expansions that progress the story forward, add a wealth of additional content, and further refine the gameplay experience for its passionate community of players. Quarterly Seasons introduce additional objectives and challenges for players to best, including dungeons and raids that offer powerful rewards. Destiny 2’s most recent expansion, The Witch Queen, released in February 2022.

Destiny 2 is available on Xbox One and Xbox Series X|S, PlayStation 4 and PlayStation 5, Windows PC via Steam and the Microsoft Store, Stadia, and the Epic Games Store. For more information, please visit the site. 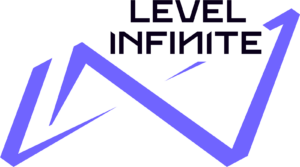