First season to include North American Racers, Set to Run from April to October

There were over 30,000 drivers who last year competed along the circuits of the Ferrari Esports Championship; numbers that will exponentially increase thanks to the expansion of the championship, which this year will land in North America for a formula that provides a double tournament and a single final that will elect the strongest driver at the beginning of October in a very special Grand Final in Italy.

Registration opened March 22 at 21:00 CET, with a special event streamed on the Ferrari Twitch channel (https://www.twitch.tv/ferrariesports) with the participation of special guests, such as FDA drivers Laura Camps Torras and Dino Beganovic, online influencers such as Chris Haye, Jakidale, Blink46, Amos Laurito, Marchettino, experts in the gaming sector such as Roberto Buffa and the Executive Manager of Kunos Simulazioni, the Italian company creator of Assetto Corsa and Assetto Corsa Competizione, Marco Massarutto, accompanied by two incredible hosts, Paul Jeffrey, the official commentator of the Ferrari Velas Esports Series and Brendon Leigh, the official driver of the Scuderia Ferrari Velas Esports team. In a special moment for fans, joining in the celebrations for the new series are Charles Leclerc and Carlos Sainz, the Scuderia Ferrari Formula One drivers taking time out of their busy schedules to share their thoughts on the season ahead, and wish all virtual drivers the best of luck in advance of the main competition beginning.

Among many innovations this season, one thing is a certainty: the championship will be played on ‘Assetto Corsa‘ from Kunos Simulazioni, which for the first time will be flanked by ‘Assetto Corsa Competizione‘, including a proud moment for the series as we see the inclusion of some special Ferrari content on this exceptionally well-regarded platform. 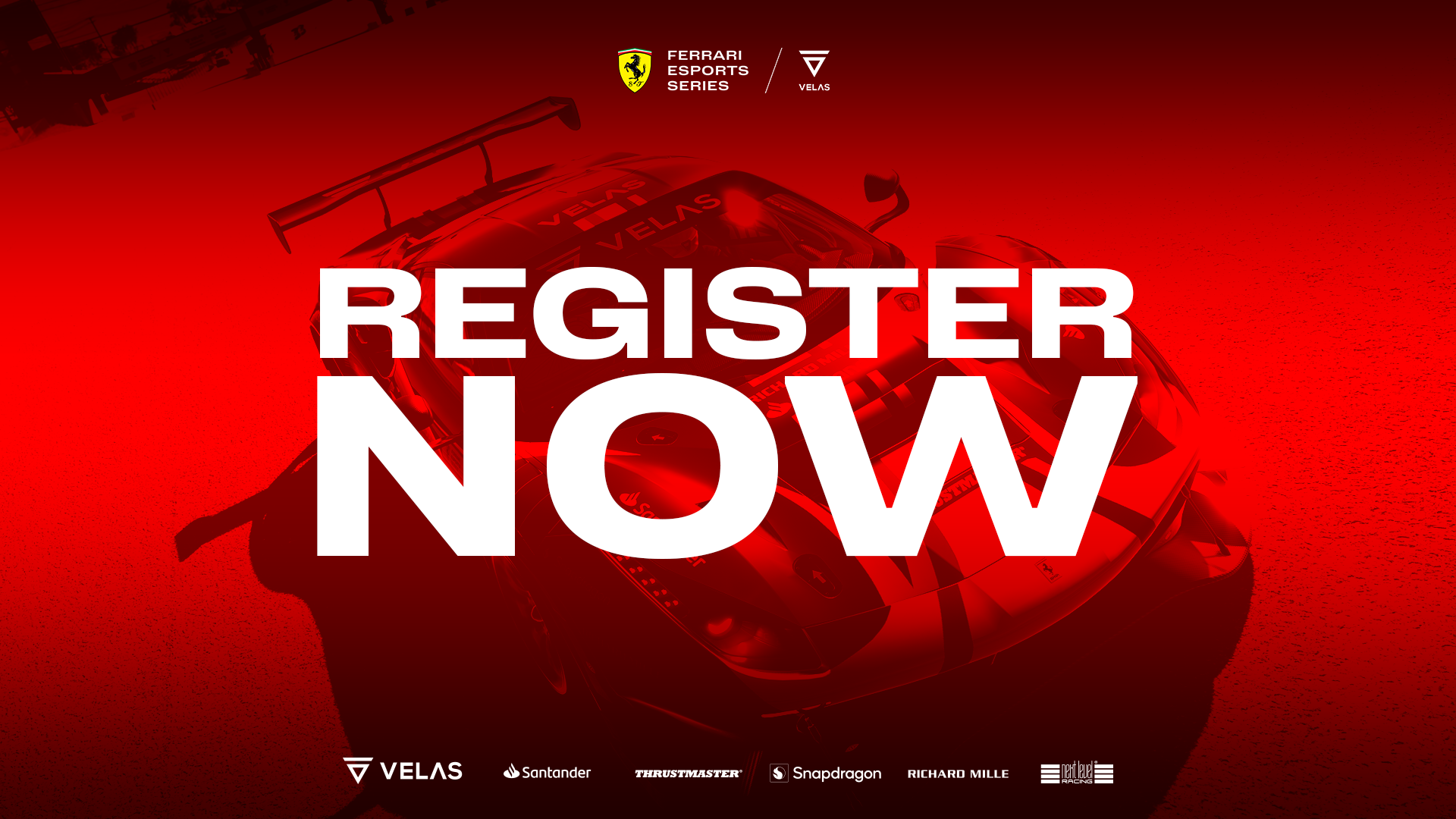 The registered drivers will run two parallel championships in Europe and North America, divided into 8 qualifying phases (4 on ‘Assetto Corsa Competizione’ and 4 on ‘Assetto Corsa’) for each continent from April to August, concluding the double round with the respective regional finals in Europe on 13 September and in the USA on 14 September. The event will culminate in the Grand Final on October 2, 2022 in Italy, with the top 3 drivers of both regions battling in an innovative format that will be disclosed just after the regional finals.

With community very much at the heart of everything at Ferrari, 2022 offers a great opportunity to win a wide range of exclusive Ferrari prizes for competitors. 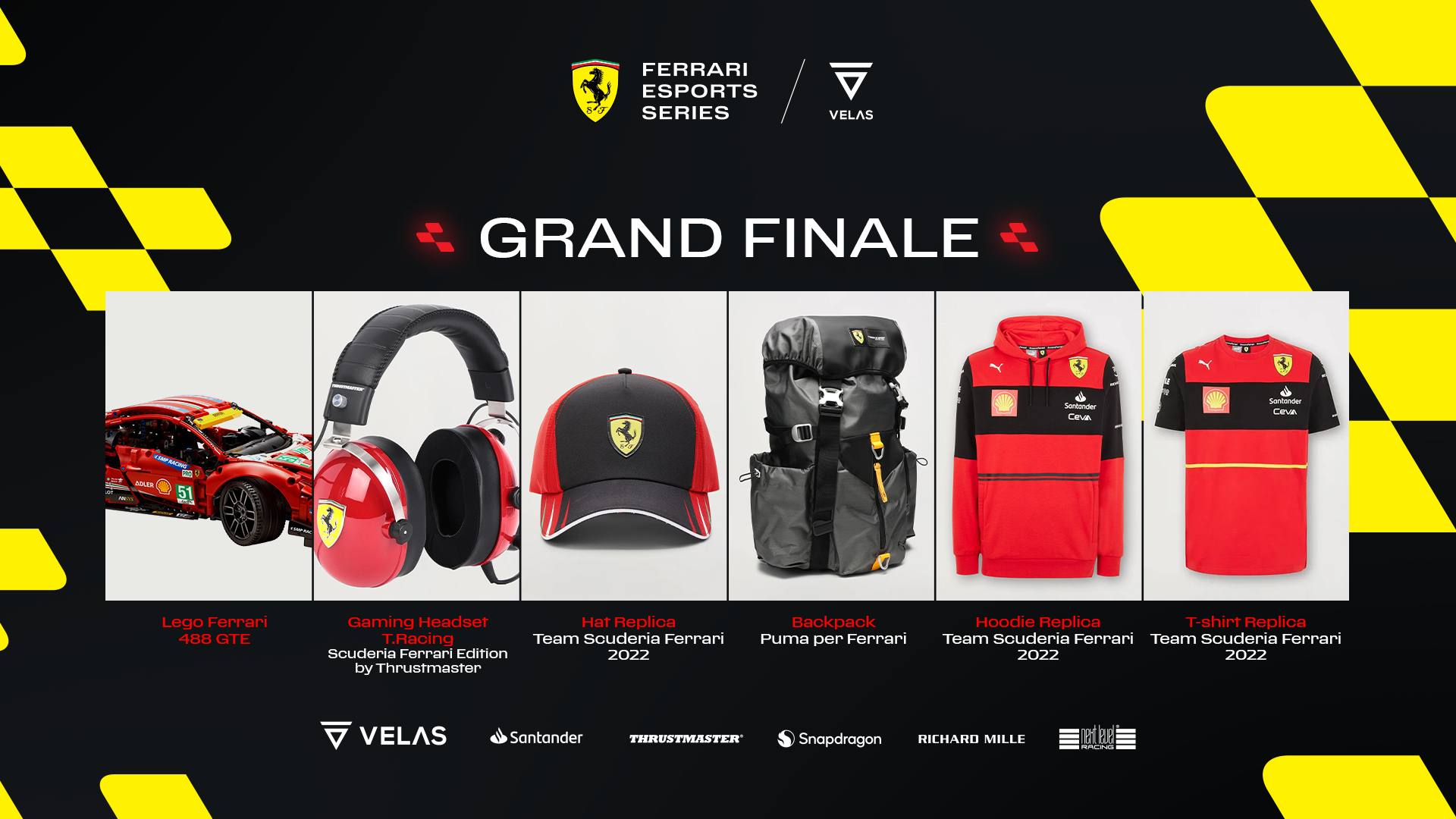 Starting with the welcome return of a prize draw initiative, any driver who participates within the competition, from the hotlap qualification stage onwards, will be entered into a random draw to win a range of dedicated prize fund items, all Ferrari branded, with further giveaways set to take place for the driver who ends up fastest at the end of each qualification round.

Visit ferrariesportsseries.gg for a full rundown of all the regulations, prizes and how to get involved in the Ferrari Velas Esports Series

All races will be streamed on the Ferrari Esports Twitch Channel https://www.twitch.tv/ferrariesports

Banco Santander (SAN SM, STD US, BNC LN) is a leading retail and commercial bank, founded in 1857 and headquartered in Spain.

It has a meaningful presence in 10 core markets in the Europe, North America and South America regions, and is one of the largest banks in the world by market capitalization. Its purpose is to help people and businesses prosper in a simple, personal and fair way. Santander is building a more responsible bank and has made a number of commitments to support this objective, including raising over €120 billion in green financing between 2019 and 2025, as well as financially empowering more than 10 million people over the same period. At the end of 2021, Banco Santander had €1.15 trillion in total funds, 153 million customers, of which 25.4 million are loyal and 47.4 million are digital, 9,900 branches and 197,000 employees.

Qualcomm invents breakthrough technologies that transform how the world connects, computes and communicates.

When we connected the phone to the Internet, the mobile revolution was born. Today, our inventions are the foundation for life-changing products, experiences, and industries.  As we lead the world to 5G, we envision this next big change in cellular technology spurring a new era of intelligent, connected devices and enabling new opportunities in connected cars, remote delivery of health care services, and the IoT – including smart cities, smart homes and wearables.

Qualcomm Incorporated includes our licensing business, QTL, and the vast majority of our patent portfolio.  Qualcomm Technologies, Inc., a subsidiary of Qualcomm Incorporated, operates, along with its subsidiaries, substantially all of our engineering, research and development functions, and substantially all of our products and services businesses, including our QCT semiconductor business.

Founded in 2001, RICHARD MILLE quickly established itself as one of the pre-eminent players within the watchmaking industry, developing a unique, immediately recognizable architectural aesthetic.

RICHARD MILLE’S success is a product of three crucial elements: the best of cutting-edge innovative technology, a strong, imaginative artistic and architectural dimension, and watches designed to be resistant and ergonomic.
The Brand endeavors to apply the techniques and materials found in the most innovative sectors such as in the domains of F1 racing car development and the aerospace industry to watchmaking, with the goal of creating extreme timepieces, without gimmicks, and extend the field of horological knowledge and invention.