Today, Russian indie developer Sernur.Tech is pleased to announce that they have partnered with Gameforge—the leading publisher of popular massively-multiplayer online games in the west including AION, TERA, OGame, NosTale, and Swords of Legends Online—to publish their upcoming sci-fi strategy roguelike game Trigon: Space Story. With a demo currently available on Steam, this FTL-inspired galactic adventure will be released in 2022. This latest partnership is the first step for Gameforge’s exploration of opportunities to provide support for exciting new indie projects from across the globe. 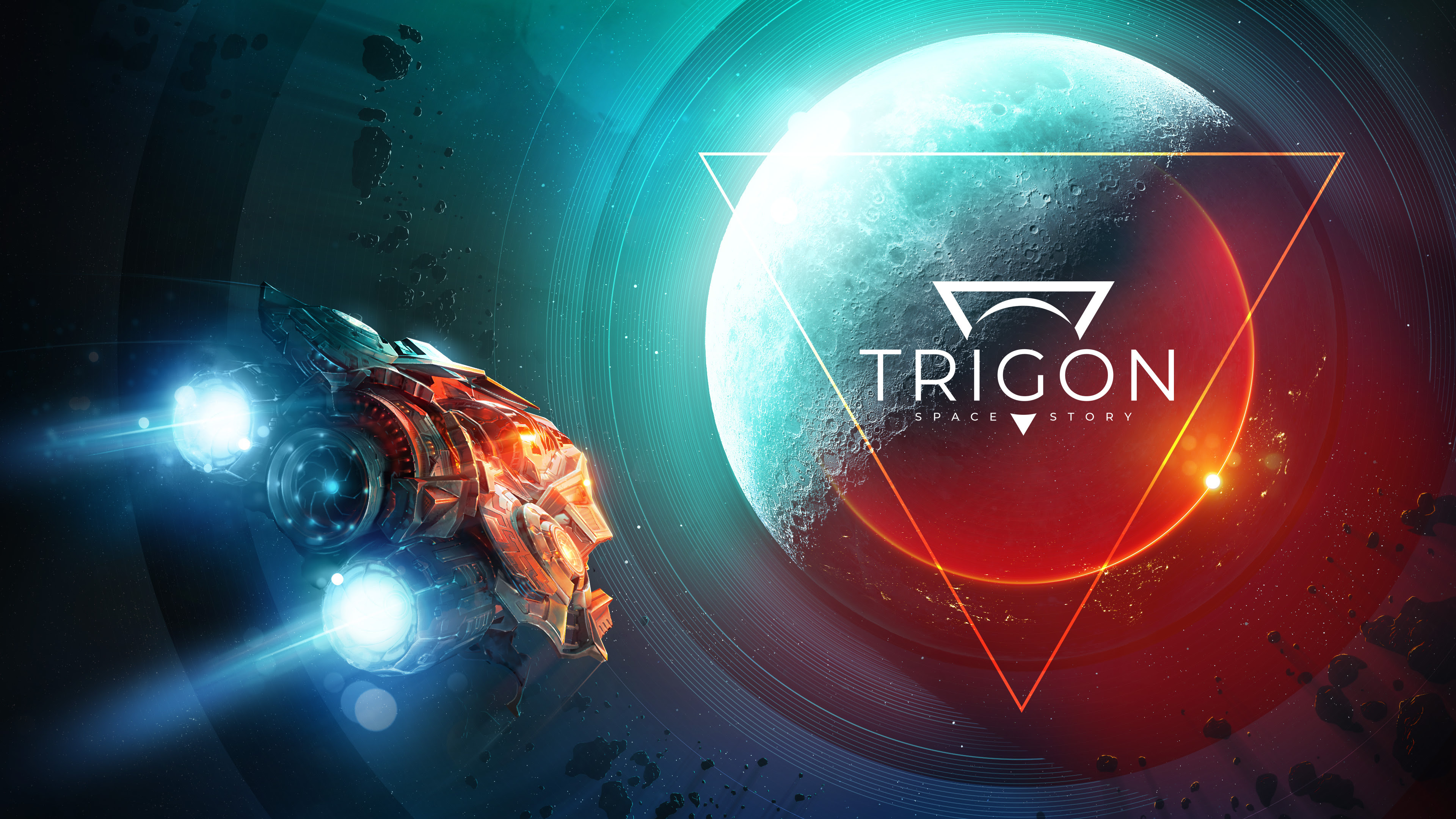 “We are gamers at Gameforge, first and foremost. That is how all of this started for us with OGame nearly 20 years ago. Oftentimes we come across some really fun indie titles that deserve a closer look, and Trigon: Space Story has been exactly that for us right from the start,” said Noemi Feller, Vice President of Products at Gameforge. “We hope Trigon will be the first of many other endeavors in partnership with smaller studios with cool content and products whose stories should definitely be heard.” Transitioning from one of the biggest goat milk farms in Russia to indie game studio isn’t exactly a stereotypical journey in the gaming industry, but that’s precisely what happened with Sernur.Tech.

“I and Taras are farmers and occasional entrepreneurs. We have our goat farm and a plant for the manufacturing of goat milk-based products in Russia. This is a family business and we have been doing this for ten years. But as often happens, children do not always want to follow in the footsteps of their parents, and we are no exception. We’ve always played video games and dreamed of making our own game one day.”

Trigon: Space Story, or TSS, initially began as a pet project between friends. Inspired by the wildly successful FTL, the team set out to create their own twist on the formula and take things to the next level. After three months of development, Kirill Koltsov, co-founder of Sernur.Tech, and his friends went all-in and formed a game studio. With a little help from an industry consultant, they founded a company, assembled a prototype, and headed to the DevGamm 2019 exhibition in Minsk. Reception from players was overwhelmingly positive and the studio managed to get some new contacts, expand their workforce, and dive headfirst into getting the game polished and ready for release. “In May 2019, we decided to shoot for the stars. What kind of game do we want to play? FTL, but with a captain and free exploration of the galaxy,” said Koltsov. “Initially only five people onboard, we made a successful alpha that earned us tons of player feedback and was wishlisted over 50,000 times on Steam alone. Since then, the team has continued to grow, we got an office, and we initiated talks with several publishers. Gameforge appreciates our project and understands how our indie studio operates, so we decided to partner with them as we continue recruitment and development and prepare to take new players on our journey to outer space.”

Trigon: Space Story places players in the captain’s seat of a fully upgradable starship, where they must manage everything from weapon systems and engines to the day-to-day tasks of the ship’s crew. The procedurally generated universe offers plenty of scope for exploration over four chapters of the story campaign, with nine sectors each containing 10+ individual systems. With dangerous space anomalies, roving gangs of space pirates, and a complex web of intergalactic politics to navigate, players will need to strategize each approach with myriad factors to consider. Outfit each ship with more than 70 different weapons and play from the perspectives of four highly unique species, each with their own quirks and advantages. The procedurally generated roguelike universe provides a new adventure every run and will force players to truly learn the meaning of “Improvise, Adapt, Overcome.” Trigon: Space Story’s demo is currently on Steam. The game will launch in English, German, French, Spanish, Portuguese, Chinese, Korean, Japanese, Russian, and Polish for PC via Steam and the Epic Games Store in 2022.

A press kit with logos, artwork, screenshots, and trailers is available here: https://uberstrategist.link/TSS-Press-Kit.

About Sernur.Tech
Founded in May of 2019 by a pair of goat farmers based in Yoshkar-Ola, Russia, Sernur.Tech is what happens when passion meets inspiration. What started out as a side project between friends became a fully-fledged studio, and Sernur.Tech now boasts nine full-time employees dedicated to developing the company’s first title, Trigon: Space Story—a gorgeous sci-fi roguelike inspired by games like FTL and currently sitting on more than 50,000 wishlists on Steam.

Gameforge’s diverse portfolio of highly successful gaming brands provides different worlds with engaging experiences for players from all walks of life: core MMORPG titles AION, TERA, and Metin2, beloved anime MMOs Elsword and NosTale, strategy-focused browser games like OGame and Ikariam, along with other classic titles such as 4Story and Runes of Magic.

Survive and Thrive in the Aftermath of the Climate Crisis in Floodland, Available Today on Steam