For the past few months, thousands of players from across the world have immersed themselves in the stunning world of Swords of Legends Online—the AAA massively multiplayer online role-playing game from publisher Gameforge and developers Wangyuan Shengtang & Aurogon. As the community called for more end-game content, Gameforge worked with the developers to ensure players receive plenty of new challenges to enjoy the holidays with. 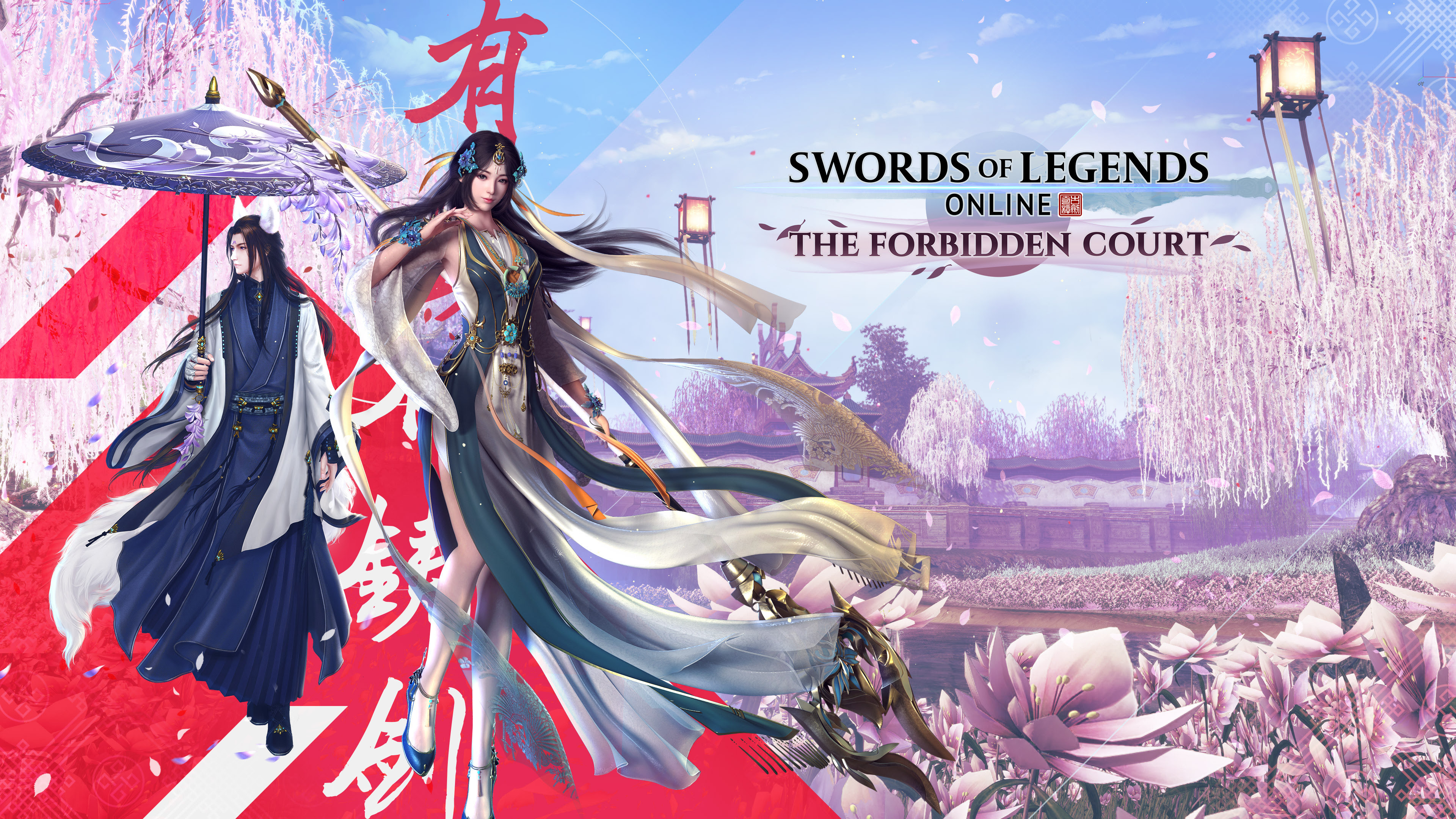 On November 18, update 1.1: The Forbidden Court will bring tons of new content to the game, in addition to a new chapter in the story progression and unexplored perils. Sparkwood Gardens will be the first of two brand-new raids for 10 to 20 players, featuring challenging bosses along with tons of rewards for players who dare enter. It opens its gates to players on November 25, one week after the initial 1.1 launch.

Shrouded in mystery and located within the Floral Palace and protected by the Soulforce of the Firestone clan, the Sparkwood Gardens await with a host of deformed and mutated creatures that often stray beyond the palace walls to wreak havoc in the surrounding lands. Yet treasure beckons from beyond the Forbidden Court of the Floral Palace… Once a normal praying mantis, after being transformed by Jiang Kanhua and Tao Pianxian she became even stronger and deadlier in her new corrupted form. Equipped with a pair of enormous pincers, and armored with a layer of carapace as beautiful as jade and as hard as steel, she is one of the many dangers lurking within the Sparkwood Gardens.

Shirenchang of the Plant Spirit She was a shirenchang foolhardy enough to break into the Floral Palace in search of people to eat. But after Jiang Kanhua and Tao Pianxian planted a plant sprite in her body, she was transformed into a creature that combined the worst aspects of plant and human worlds. Innately strong, she was able to withstand the pain as the plant took root in her body and blossomed into one of the greatest horrors prowling the grounds. One of many unfortunate creatures of its kind, Four-Handed Ghouls are spectral monsters born of the rancor of a thousand dead mortals, fermented over centuries and distilled into an incarnation of destruction. They have little intelligence, but are eager to kill and devour anything that disturbs their slumber. Ismael is the Awakeners’ magistrate, leader of the Yin beasts and a student of the leader Cang Gu. A member of the Bone People, Ismael can see through human emotions and change form according to the victims’ desires, giving him the ability to kill his prey before they even realize they are in danger.

The raid’s normal difficulty will be available after the weekly server maintenance on November 25 and can be accessed by players once a week. Soon players will face their greatest test yet, as Gameforge reveals a massive new raid for legendary heroes to conquer with even more content and in-game events to come in December!

Tune in tonight, Wednesday, November 10, 2021 (9:00 PM CET) to watch the SOLO team go over some of the PvE features coming to the game with The Forbidden Court update on Twitch, YouTube, and Facebook.

Based on the legends that inspired the multi-award-winning television series, several movies, novels, and a series of games including the recent MMORPG Gu Jian Qi Tan Online—which first launched in China in July of 2019 — Swords of Legends Online introduces a fully remastered edition of the popular AAA saga to a whole new audience in Europe and the Americas, presented in glorious, high-definition visuals designed to take advantage of modern hardware. Legendary warriors will play as one of six initial classes and embark on incredible quests, join forces with formidable allies to take down challenging foes, and rest their weary heads in a home among the clouds—easily accessible thanks to their trusty flying mounts!

A press kit with logos, artwork, screenshots, and trailers is available here: https://uberstrategist.link/SOLO-PressKit.