The new commemorative logo incorporates Atari’s iconic “Fuji,” which will continue to serve as the primary Atari brandmark and has been named the “GoldSchool Sunnyvale” logo as a tribute to the legendary original Atari internal design studio, based in Sunnyvale, California, and also to acknowledge the “golden anniversary” of the games industry Atari helped launch. The new Atari 50th Anniversary logo, and future creative variants, will be used across marketing communications, on games, and on first-party and licensed products through the end of the 2022 golden anniversary year. Atari will celebrate its official anniversary on June 27, 2022, 50 years since the date the company was originally incorporated.

Atari was founded in 1972 by Nolan Bushnell and Ted Dabney. The company played a formative role in the video game industry, introducing a series of world-renowned brands like Asteroids®, Centipede®, Missile Command®, Pong® and others to the gaming lexicon as well as the first widely adopted home video game console with swappable cartridges, the iconic Atari 2600. Five decades later, the company remains an active and innovative brand, globally recognized for its multi-platform, interactive entertainment and licensed products.

Additional anniversary announcements, including new multi-platform game titles, such as Atari’s upcoming Food Fight remake, and major licensing collaborations will be made in the coming year.  Atari began ramping up for the 50th Anniversary with the launch of the Atari VCS Videogame Computer System in June 2021, and the launch of the Recharged game series for PC and console, which updates classic Atari games for modern players and hardware.

“On behalf of the entire Atari team, I’m proud to unveil this commemorative logo and launch the celebration of our 50th anniversary,” said Atari CEO, Wade Rosen. “Atari has an exciting year ahead, filled with new and commemorative products that will delight our fans; including the launch of new premium game titles, new business initiatives, and several really exciting lifestyle product collaborations.”

As part of the roll-out of Atari’s 50th Anniversary celebration, Atari has released a limited supply of t-shirts featuring the GoldSchool Sunnyvale logo. The t-shirts are available for sale on Atari’s website and can be purchased in limited-edition Atari VCS anniversary bundles on AtariVCS.com. 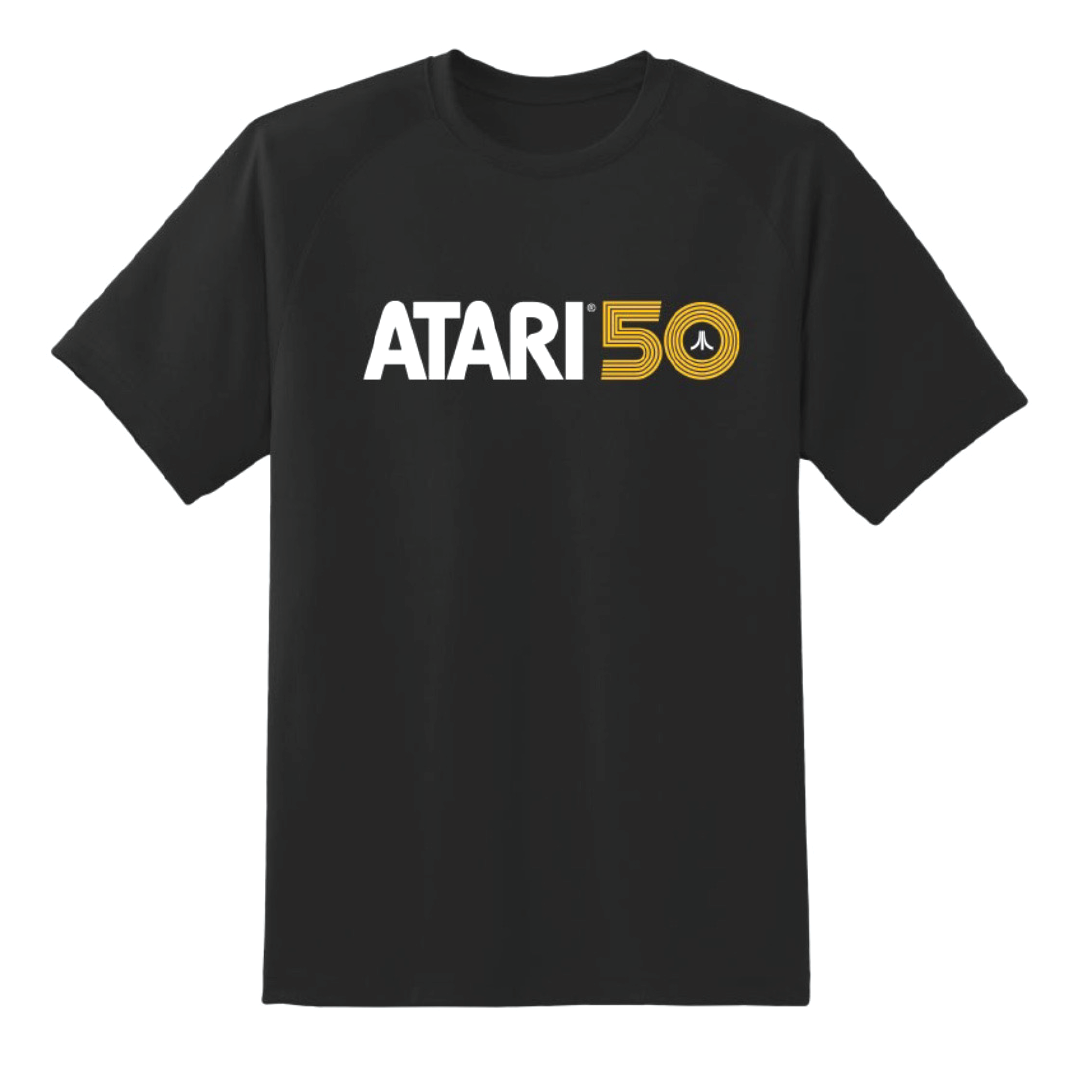 Atari will release a 50th Anniversary Games Collection in 2022 that includes remasters of seminal Atari classics along with supplemental content that explores the origins of the titles and their impact on the videogame industry.

Atari is an interactive entertainment company and an iconic gaming industry brand that transcends generations and audiences. The company is globally recognized for its multi-platform, interactive entertainment, and licensed products. Atari owns and/or manages a portfolio of more than 200 unique games and franchises, including world-renowned brands like Asteroids®, Centipede®, Missile Command®, Pong®, and RollerCoaster Tycoon® and has recently launched the all-new Atari VCS videogame computer system. Atari has offices in New York and Paris. Visit us online at Atari.com.