Neon Doctrine — a leading Southeast Asian game publisher of popular indie titles such as Yuppie Psycho, The Library of Babel, Lamentum, and the acclaimed SIMULACRA series — and developer Creative Games Computer Graphics Corporation are proud to announce today the release The Legend of Tianding on PlayStation 4|5 consoles worldwide. The award-winning side-scrolling beat ‘em up is an action-packed, stylish adventure based on real events, real people, and real situations.

The Legend of Tianding is an exploration of a place and time often overlooked, starring historical figure Liao Tianding — the legendary Taiwanese vigilante folk hero. Presented in the style of Traditional Chinese Manga, the Dadaocheng area of Taipei city at the turn of the century is brought to life in this one-of-a-kind experience. 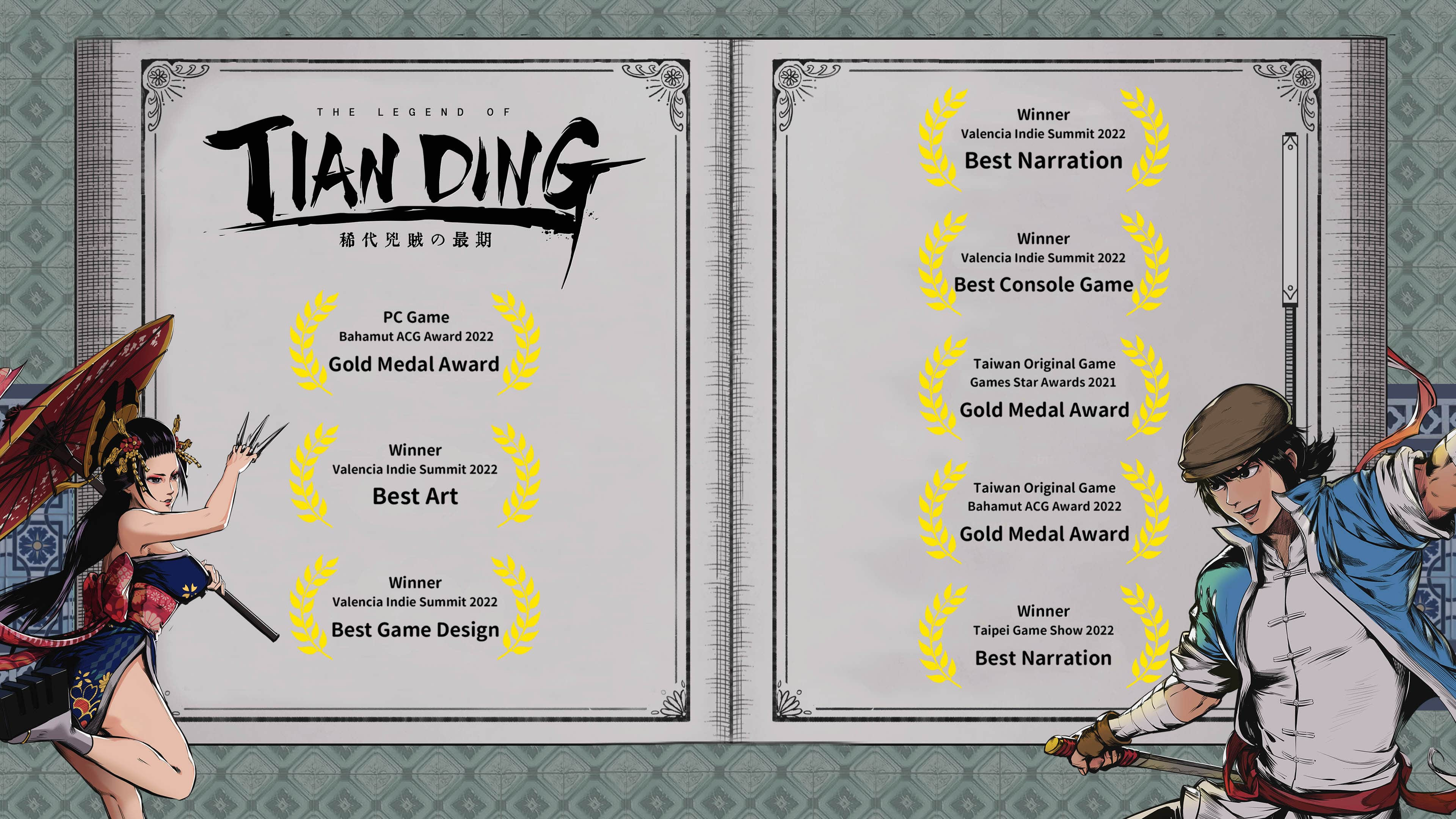 As the titular Tianding, players fight for justice in the streets of early 20th century Taipei, robbing the rich to feed the poor and evading capture by Colonial Japanese authorities who have occupied the city. Players must battle the authorities in style with a tanto, waist sash, and fast paced kung fu in tightly-tuned technical combat. They’ll execute advanced aerial combos, steal weapons from enemies, equip powerful talismans, and use grappling hooks to fly around the battlefield to strike fear into the hearts of oppressors.

Key Features of The Legend of Tianding Include: Originally released in 2021, The Legend of Tianding currently bolsters a perfect Steam user rating and an 80/100 average MetaCritic score, making it one of the most sought-after Indie titles out there. It was highly praised upon initial launch, receiving numerous awards such as “Best Narration” at the 2022 Taipei Game Show and “Best Game Design” at the Valencia Indie Summit 2022.

The Legend of Tianding is available now for PlayStation 4 and PlayStation 5 on the PlayStation Store for $19.99 USD. The game is also available for purchase on Windows PC (and is Steam Deck Verified) and on Xbox One and Series X|S and Nintendo Switch consoles.

A full press kit, including logo, screenshots, key art, and trailers, can be found here: https://uberstrategist.link/PressKit-NeonDoctrine

Neon Doctrine, formerly Another Indie, is a worldwide publisher working to bring diverse experiences from around the world to a vibrant community of players by partnering with new and existing creatives to provide dynamic solutions to development, publishing, and marketing.

They’ve spearheaded the charge of bringing numerous hit titles to platforms all across the globe, and showcasing developers that are unified in ensuring that all gamers are represented equally and fairly. To learn more about Neon Doctrine, visit the website: https://www.neondoctrine.com.