Using Cheats is Common, Admitting that You Use Cheats is Not

Why make life more difficult than it has to be? According to a recent global study by YouGov on behalf of MegaDev and PLITCH — a leading provider of professional trainer software for single-player PC games —  almost half of all Americans (48%) use lifehacks and shortcuts in their daily life. 32% of respondents admitted to, for example, jaywalking when there’s no traffic, and 44% use some sort of automation in their daily life to complete tasks faster. But how does this passion for lifehacks translate into the gaming world? As it turns out, pretty well.

On the gaming side, 57% of respondents revealed that they have used either single-player or multiplayer cheats while playing a video game. The split is favored more towards single-player cheats, which account for 37% of the total. Single-player cheats involve codes that grant players abilities including infinite ammo, invulnerability, and unlimited currency, just to name a few. They crucially don’t provide any competitive advantage, and are solely used to help players get the most out of their single-player games. 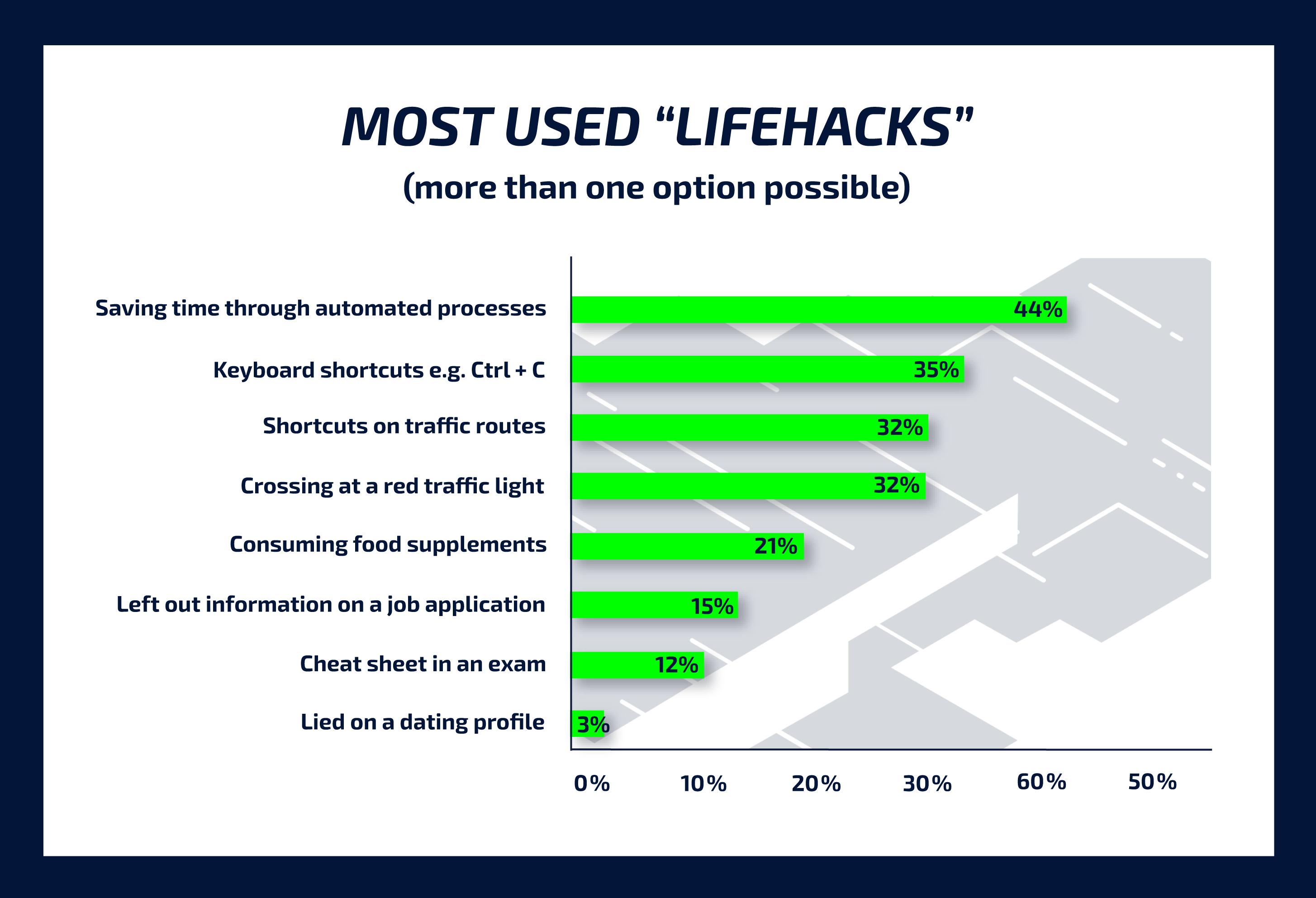 “In order to be able to keep up with our fast-moving world, we are constantly looking for the fastest and most efficient ways to get things done. Even in this survey, 10 per cent of respondents have in one place or another given a ‘non-answer’ response in order to get through the questionnaire faster,” said Robert Maroschik, CEO and founder of MegaDev. “In the gaming sector, we’re not surprised to learn that the majority of gamers use some sort of shortcuts, as games can be very difficult and time-consuming. There is, however, more of a stigma with using cheats in single-player video games and using lifehacks in the real world, even though they are very similar at their core.”

According to the study, the main reason why most gamers don’t advertise that they use cheats while gaming is that they believe that cheats are frowned upon by their teammates or friends. Additionally, most of the stigma related to using cheats in games comes from their use in a multiplayer setting, where players can gain an unfair advantage against their competition. The results of the survey highlight that a yearning among players to customize their gaming experience as the main reason why they use cheats, even if they don’t feel comfortable sharing their activities with their friends and teammates. 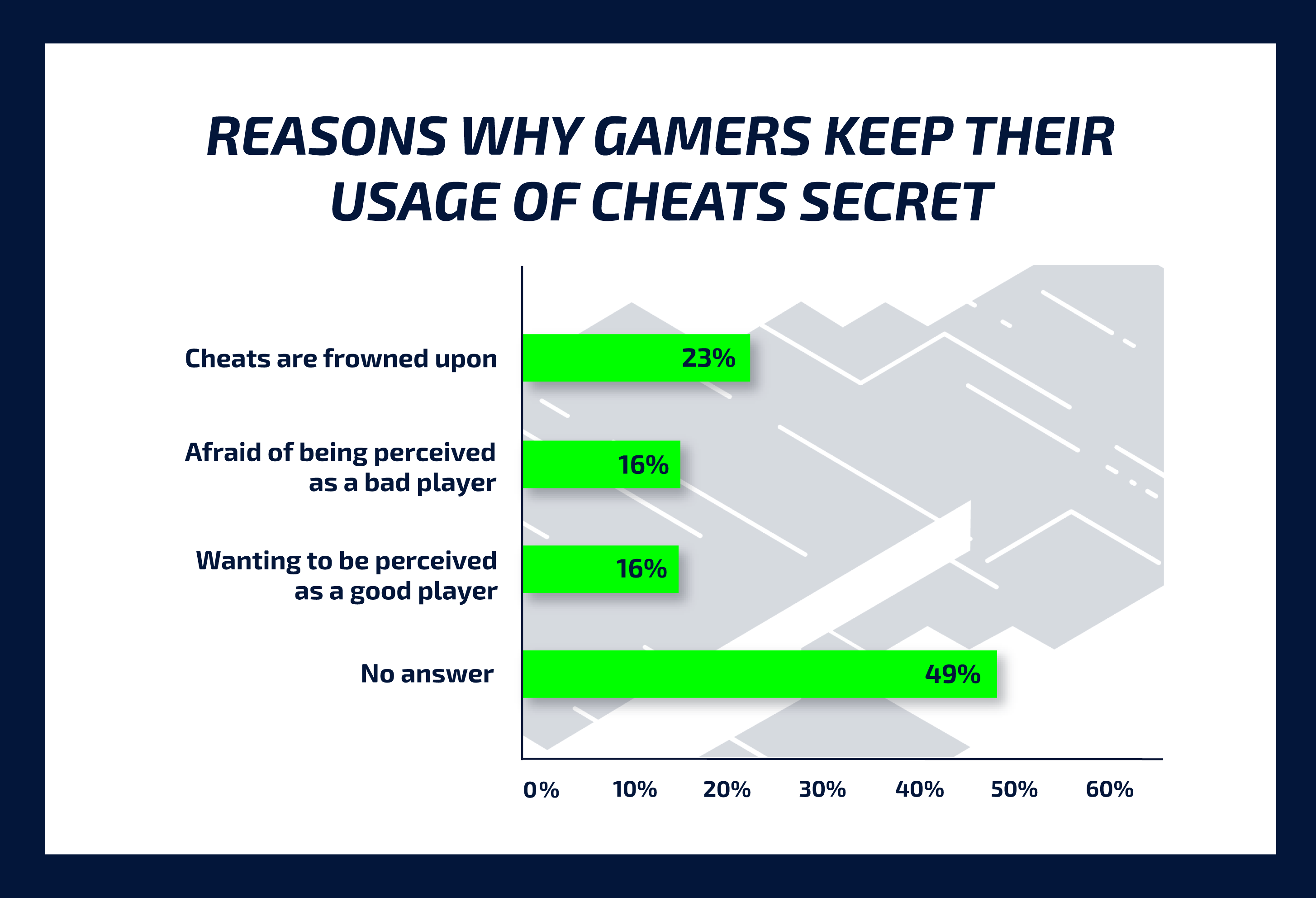 For these people, PLITCH is a perfect solution. PLITCH is strictly a single-player cheat software and doesn’t work with any online games. Instead, PLITCH is built so that players can tailor their gaming experience to their preferences, and get the most out of their single-player games.

Another recent study by MegaDev, the company behind PLITCH, in collaboration with the neurotechnology company Brainamics, has shown that cheat codes enhance the overall gaming experience. As part of this study, Anno 1800 players who were using cheats, reported feeling much happier and less bored than the test group who played the game without cheats.

You can read more about the Brainamics study at this link: https://www.plitch.com/en/blogpost/using-cheats-makes-gamers-happy-results-of-a-study-involving-anno-1800-200.

PLITCH is the customization platform that lets you game the way you want to, with customizations for over 3,000 single-player experiences! The platform is continually growing and supporting the latest and most-coveted games. Learn more about PLITCH at plitch.com.